Michael Jackson’s death doc has been released from jail after just two years and he has plans to get his medical license back! 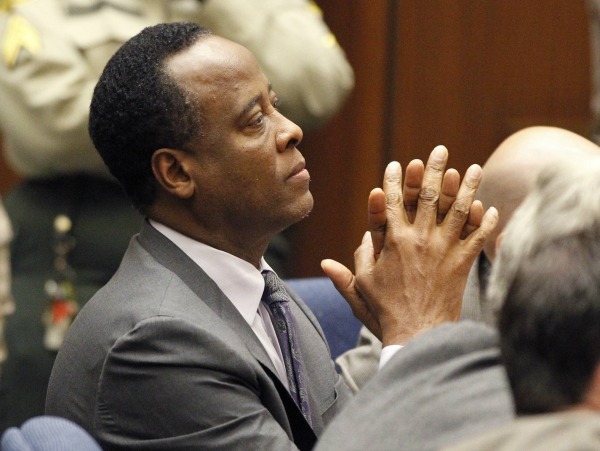 Former doctor Conrad Murray was convicted of involuntary manslaughter of the late great prince of pop, Michael Jackson, and was subsequently sentenced to four years in jail in November 2011.

The doctor’s reckless administration of a lethal dose of the anesthetic Propofol led to Michael Jackson’s untimely death on June 25, 2009, and the doc was sentenced to a maximum of four years in jail.

Now the Los Angeles County Sheriff’s Department confirms that the death doc has been released from Men’s Central Jail at 12:01 a.m. today, and he plans on getting his medical license back!

The 60-year-old disgraced physician served just two years in jail after becoming eligible for parole long before his sentence was up, due to good behavior and jail overcrowding.

Murray managed to evade the media and the “Thriller” hit-maker’s fans, but his attorney, Valerie Wass, made a statement on his behalf following his release from Jail.

She stated that Murray hopes to one day practice medicine again and would like the guilty verdict to be overturned due to insufficient evidence, and added, “Dr. Murray has an unquenchable desire to help people, and no matter where it is, he will return to his given profession of healing.”

This information will no doubt anger members of Michael Jackson’s family as well as his fans, who believe that Murray has not taken responsibility for what he’s done.

According to ABC News, Jackson’s mother, Katherine Jackson, said she hopes Murray, “can never practice medicine again and will not violate his Hippocratic oath and hurt another patient”.

A report from the New York Daily News states that Murray has already filed a civil petition in Travis County, Texas on Friday, requesting a judge to stop the state medical board’s revocation of his medical license until they are certain of what the outcome of his criminal appeal will be.

However, according to reports from RadarOnline.com, The Los Angeles District Attorney’s office has vowed to not let Murray ever get his medical license back.