Miranda Kerr and Orlando Bloom’s breakup came as a surprise to their fans, but is it possible it was one 19-year-old singer’s fault? 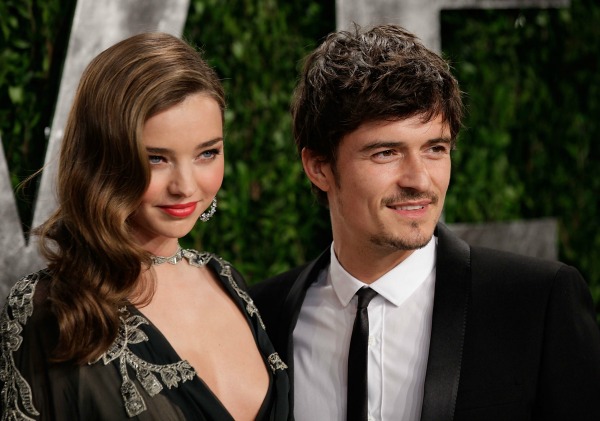 In what may be the silliest relationship rumor of the year, the U.K.’s Daily Mail is reporting that Miranda Kerr and Orlando Bloom’s split may have been caused by none other than Justin Bieber.

That’s not to say Kerr was having an affair with Bieber, but the tabloid is reporting that the marriage ended because Kerr is a self-described Belieber. And that wasn’t OK with Bloom.

Miranda Kerr met Bieber earlier this year at the Victoria’s Secret fashion show, and they reportedly partied late into the night together, even though the 30-year-old Aussie is a good 11 years older than Bieber. At the time, Bieber had already split from Selena Gomez, but the Sunday People reports that Bloom didn’t take well to the fact that Kerr was a fan of the pop singer’s.

The split came as a shock to basically everyone, especially because Kerr spoke with Cosmo earlier this month about how she finally felt some balance in her life.

Bloom , 36, and Kerr announced their plans for divorce Friday, but were seen out over the weekend together. They reportedly strolled through Central Park with their 2-year-old son, but neither was wearing a wedding ring. The couple has been married since 2010 and the family outing solidifies their family commitment.

“Despite this being the end of their marriage, they love, support and respect each other as both parents of their son and as family,” a rep for the couple said.

There is no confirmation of the Bieber jealously rumors (and don’t hold your breath on that one), but it looks like the split was amicable and that both Kerr and Bloom are working to be the best parents they can be.

Bloom will be in New York for the foreseeable future, as he just started his stint on Romeo & Juliet on Broadway.