Kelly Osbourne is not ready to forgive and forget. The Fashion Police star has rejected Lady Gaga’s peace offering and has responded with a very angry rant. 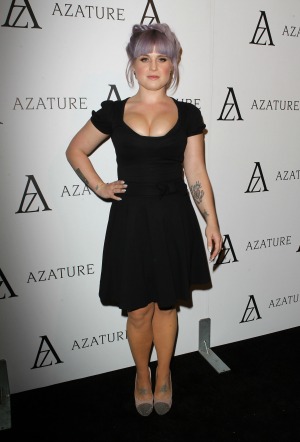 Kelly Osbourne is clearly not ready to kiss and make up with Lady Gaga, and to make that message clear, she has some pretty harsh words for the “Applause” singer.

The Osbournes were not afraid to take on the “Poker Face” star and it all started when Kelly Osbourne poked fun at Gaga’s 2012 Grammy Awards outfit and accused her of having a baby bump.

The Fashion Police star may have just been giving her honest opinion, but it wasn’t received well with Gaga fans, many of whom used social media to send Kelly some very nasty and threatening messages.

Sharon Osbourne stood up for her daughter and branded Lady Gaga a bully and a ”publicity-seeking hypocrite,” and even went so far as to criticize her Born This Way Foundation campaigns.

The talent judge continued to voice her anger at Gaga in her new autobiography, Unbreakable, but now that appears to be a thing of the past.

Gaga appeared on The X Factor U.K. on Sunday night and decided to use the opportunity to end all feuds with the Osbourne clan. The “Bad Romance” hitmaker embraced Sharon, who is a judge on The X Factor, and the pair then posed for photographs together. Gaga even presented her with a cute little birthday cake for her daughter Kelly.

The Osbourne matriarch may be willing to forgive and forget, but her daughter is having none of it! Kelly, who had just turned 29, immediately went on Twitter to let Gaga know that she was not forgiven. As she tweeted, “eat my s***”.

Osbourne’s rant did not stop there, she has some very harsh words for her nemesis. She continued to tweet, “Not to be ungrateful but why would you send me a birthday cake via my MOTHER in a country half the would away? #JustSendItToME #LoveNotWar”.

“You are so far behind you think you are first!”

Oh yes, Kelly was clearly not in a good mood, because her Twitter rant continued as she compared Lady Gaga to Marie Antoinette and once again called her a hypocrite.

“I like desert, but i prefer the truth… it’s sweeter / ‘Let them eat cake’ #MarieAntoinette (sic)”.

Gaga is clearly not involving herself in petty feuds any longer and even told her fans via Twitter that she does not support the spread of hate.

Gaga tweeted, “Monsters, please just focus on the positive of tonight’s performance and do not send any hateful messages. I don’t support it. #SpreadLove.”

Tell us, are you team Gaga or team Osbourne? Should the gesture have been enough for Kelly to forgive and forget?