Lou Reed can count himself among the most influential and progressive musicians ever, and the world of music is mourning his death today. 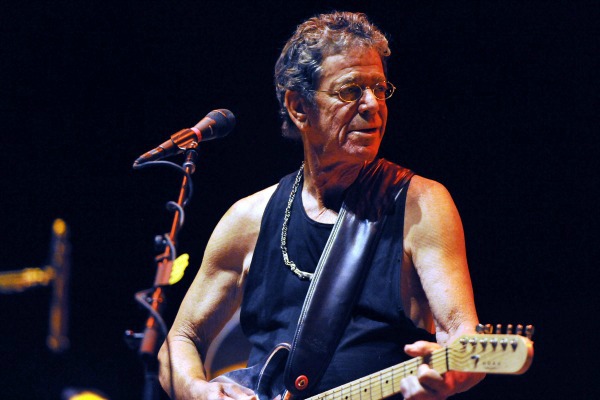 Rock icon Lou Reed, who was a member of the innovative band The Velvet Underground, died on Sunday, his publicist confirmed. The singer and guitarist was 71.

“It is now officially confirmed that Lou Reed did pass away several hours ago,” Peter Noble told CNN.

Reed’s career spanned decades and included both his time with the short-lived band Velvet Underground and a successful solo career.

“Lou Reed’s influence is one that there are really only a tiny handful of other figures who you can compare to him,” Rolling Stone senior editor Simon Vozick-Levinson said.

Reed had a liver transplant back in May, but his official cause of death has not yet been confirmed. Rolling Stone broke the news earlier on Sunday and spoke about the impact of the influential musician.

“[Reed] was one of the first artists to experiment with guitar feedback on record and to show that sort of ugly noise can actually be quite beautiful and moving. He also, lyrically, wrote about all kinds of topics that were taboo before he started exploring them,” Vozick-Levinson added, via CNN.

The Velvet Underground played its first show in 1965, and the group addressed issues not usually mentioned in mainstream music lyrics at the time. If you consider that The Beatles‘ “I Want to Hold Your Hand” was controversial in 1963, you’ll realize that The Velvet Underground’s songs about sex and drugs went far beyond that.

Reed left the band to launch a solo career in 1970. Decades later, he was still making an impact — he won an award at the GQ Men of the Year Awards just last month.

Numerous important musicians, from the 1960s to today, consider Reed an influence, and many of them (from all different areas of the music world) took to Twitter to mourn the loss of a true music pioneer.

Fans also took to social media to talk about the loss. Instagram user lisatozzi posted a photo outside the Hotel Chelsea in New York City with the caption “Photos for Lou Reed.”

“People say rock ‘n’ roll is constricting, but you can do anything you want, any way you want,” Reed told The New York Times back in 1982. “And my goal has been to make an album that would speak to people the way Shakespeare speaks to me, the way Joyce speaks to me. Something with that kind of power; something with bite to it.”

The Velvet Underground was inducted into the Rock and Roll Hall of Fame back in 1996.