There’s no better way to get in the Halloween spirit than to curl up and scare yourself silly with a spooky book. Here are five new books guaranteed to terrify.

Help for the Haunted 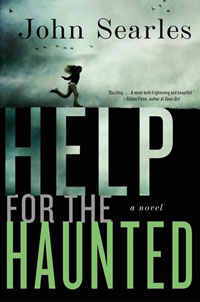 You may have seen John Searles making the rounds on the morning shows like NBC’s Today and CBS’ The Early Show to discuss his favorite books, but did you know he is also an author who writes books more than ripe for recommendation? Help for the Haunted follows a particularly tragic family as a daughter discovers their hidden tragedy and their darkest secrets. You’ll be so entranced by Help for the Haunted that you’ll want to read it in a single setting. 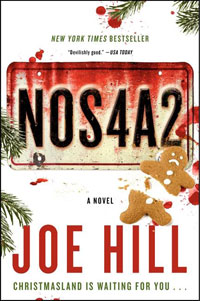 The son of Stephen King, Joe Hill has become a master of horror in his own right. NOS4A2 features two characters with special “gifts,” Victoria McQueen who finds things, and Charles Talent Manx who can make things disappear. When Manx decides to make Vic’s son disappear, she has to either stop him or die trying.

Don’t forget, Joe Hill’s dad has a long-awaited book out this fall as well, Doctor Sleep, the sequel to The Shining.

This House Is Haunted 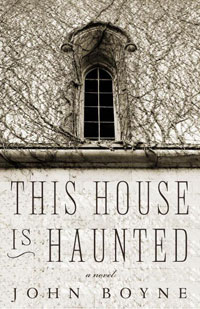 Perhaps most famous for his middle grade sensation The Boy in the Striped Pyjamas, John Boyne is also an accomplished historical novelist for adults, having written about topics as diverse as the HMS Bounty and the Russian Revolution. In This House Is Haunted, Boyne again shows his diverse abilities by affecting an almost Dickensian prose and paying homage to the 19th century ghost story. 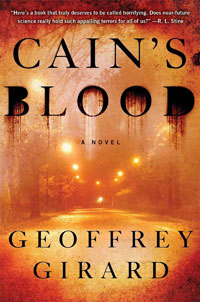 In Cain’s Blood, a government project turns dangerous. The U.S. Defense Department has been cloning the world’s most dangerous serial killers in an attempt to isolate the genetic propensity for evil; three of the subjects escape with enough chemical weapons to destroy a major city. Interestingly, Cain’s Blood has a companion young adult novel called Project Cain that is told from the point of view of one of the test subjects, a young man created from Jeffrey Dahmer’s DNA. 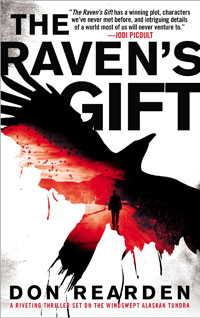 Post-apocalyptic novels have become de rigueur to the point that many readers assume they have become inured to their horrors. The Raven’s Gift, however, will scare even the most hardened horror fans with its story of the deadly plague that strikes a remote Yup’ik Eskimo village in Alaska, forcing one of the new teachers in the village to make a 1,000-mile trek for help across the desolate Alaskan wilderness.