Christina Aguilera lends her voice to The Hunger Games: Catching Fire‘s soundtrack with a powerful yet defiant ballad. Take a listen to “We Remain.” 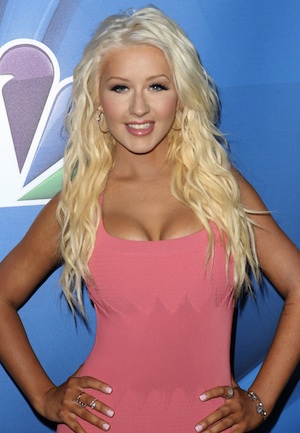 In a cold night

There will be no fair fight

There will be no goodbye

To turn and walk away

So burn me with fire

Drown me with rain

And you thought The Voice was cutthroat!

Those are the lyrics from Christina Aguilera‘s new song for the soundtrack of The Hunger Games: Catching Fire.

Check out Sia’s offering for The Hunger Games: “Elastic Heart” >>

Titled “We Remain,” the song perfectly captures the second chapter of The Hunger Games trilogy. You can practically hear Katniss screaming these lyrics at the sky. (That’s as much of the plot as I’m going to give away.)

The lyrics are defiant — but truthfully, as a fan of The Hunger Games, I must say that having Christina’s powerful yet poppy voice singing these lyrics seemed a bit out of place at first.

The song itself doesn’t have the ominous feeling of Coldplay’s “Atlas” or even Taylor Swift’s “Safe and Sound” from the first film.

But after listening to it a couple of times, it became clear that this is meant to be a triumphant ballad without the fear that is so prevalent in those other songs.

I’m still not sure where it fits into the film other than the closing credits, but I’ll just have to wait until the film is released to see if Christina’s song makes the cut.

Now that you’ve heard the song, what do you think? Does it fit with the tone of the film? Let us know in the comments.