Pistol Annies’ Ashley Monroe and her boyfriend, White Sox Pitcher John Danks, tied the knot on Thursday in a romantic and scenic ceremony. 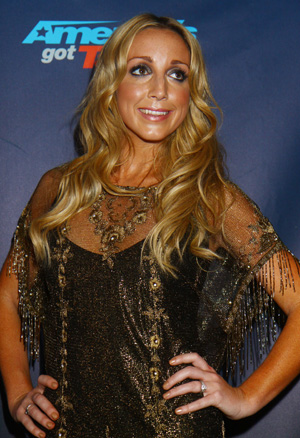 The couple wed with Tennessee’s beautiful Smoky Mountains in the background at the Blackberry Farm — the same location where Kelly Clarkson got married just four days ago — in Walland, Tennessee, with 45 guests in attendance.

“I married my best friend,” Monroe told People magazine. “He has such a good heart.”

Monroe’s good friend Blake Shelton officiated at the “I dos” while his wife, Miranda Lambert, a fellow Pistol Annies band member and Monroe’s best friend, served as maid of honor.

“They’re my dearest friends,” Monroe said of Shelton and Lambert. “And we wanted someone with personality to marry us!”

Lambert also did all the wedding planning, taking care of every last detail for her friend’s special day. This included Monroe’s arrival to the wedding site in a horse-drawn carriage. “It was magical,” the bride gushed.

Not only that, but Lambert also played a big part helping to design Monroe’s engagement ring with Danks. She and Shelton are best friends with the newlyweds and the four often go on double dates together.

“[Miranda] and Blake are best friends,” Monroe recently told Us Weekly magazine. “And me and John are, too.”

The happy couple began dating in 2011 after meeting through a mutual pal who owns a bar in Chicago. One night after a show, the owner told Monroe, “There’s a guy I want you to meet! He’s a great guy.”