X-Men Days of Future Past won’t hit theaters until next summer, but we’ve got a taste of what’s to come. On Instagram, 20th Century Fox has released a very short but action-packed teaser trailer. 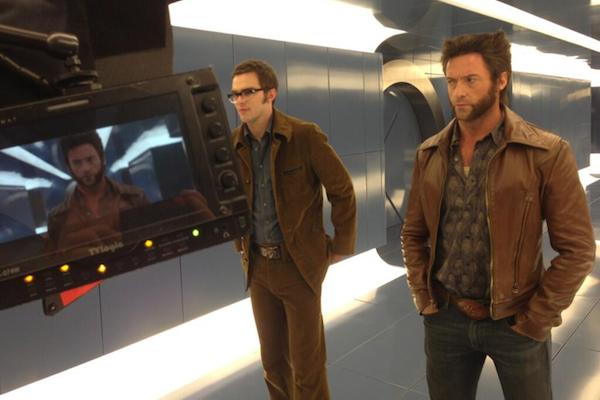 Joining the teaser bandwagon is none other than 20th Century Fox. Instead of releasing a full trailer for next summer’s X-Men: Days of Future Past, they’ve opted for a short sizzle reel. And when we say short, we mean short.

The footage debuted on Instagram, which means we only get seconds worth of action. But during that time we’re shown several eventful moments from the film. We learn that the older versions of Professor Xavier (Patrick Stewart) and Magneto (Ian McKellen) have joined forces. There’s a huge threat coming and they need Wolverine (Hugh Jackman) to help them reach out to their younger selves (James McAvoy and Michael Fassbender).

The previous film, X-Men: First Class, took place in the 1960s. Days of Future Past is a decade later and it’s filled with shaggy hair and bell-bottoms. Yet the story centers around time travel, which means we also see a post-apocalyptic future. Many of our favorite X-Men will return including Storm (Halle Berry), Iceman (Shawn Ashmore) and Kitty Pryde (Ellen Page). There are also newcomers such as Bishop (Omar Sy) and Quicksilver (Evan Peters).

Fox premiered an extended trailer for the film in July during San Diego Comic-Con. Shortly after, the footage leaked online, but was quickly removed. This Instagram trailer is the closest thing the rest of us will get to seeing it.

X-Men Days of Future Past co-stars Jennifer Lawrence, Peter Dinklage, Nicholas Hoult, Lucas Till and many more. The film is directed by Bryan Singer and opens in theaters May 23.