In The Carrie Diaries‘ Season 2 premiere, Carrie gets a shot at Samantha’s ladybits. SheKnows spoke with Lindsey Gort and found out that soon enough viewers will see a lot more of Samantha, too! 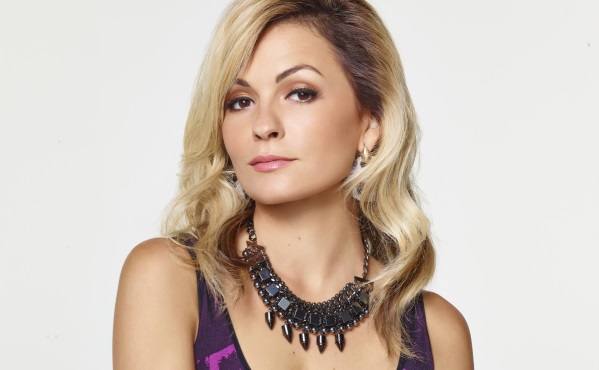 The Carrie Diaries is back and, from the look of things, sexier than ever! We have the addition of Lindsey Gort and her character, Samantha Jones, to thank for that. In The Carrie Diaries‘ premiere, Samantha enter Carrie’s life with the same zeal and mouthiness we remember from the original Samantha (Kim Cattrall) on Sex and the City. From the moment she offers Carrie (AnnaSophia Robb) a drink and calls her out on her whining, Carrie fans are going to fall in love with Samantha. We can’t wait to see more of her all season long.

Spoilers: Everything you need to know about The Carrie Diaries Season 2 >>

SheKnows recently chatted with Gort and, as massive fans of Sex and the City, we were insanely curious if we could expect the new teen drama to show a young Samantha as equally promiscuous as her older self.

“She’s just as promiscuous,” Gort told us. “You just don’t see as much because it’s on The CW.”

There won’t be any nip-slips, but you can still expect to see quite a bit of Gort in upcoming episodes. As a matter of fact, Gort shared with us that the production team had her doing those more scandalous scenes within the first week of shooting.

“I think my first near-nude scene was maybe the third day of shooting,” Gort said “I took one deep breath when I looked at the pasties and underwear in my dressing room and was like, ‘All right, here we go!'”

Gort doesn’t mind, though. She actually thinks that it helps her stay in character.

“I just think, ‘What would Samantha do?’ and she wouldn’t think twice about it,” Gort said. “Everyone was very protective, like, ‘Oh, do you wanna cover up? Do you want to put your robe back on?’ And I was like, ‘Nah. That’s all right.’ And that’s sort of me staying in character.”

Was it nerve-wracking? Maybe for a split second but now that she’s past it, Gort has some surprising advice regarding those scenes and going naked.

“I gotta say, I recommend it to everybody because it does wonders for your confidence,” she told us. “Everybody gets so hung up on their imperfections, but no one’s perfect. You just have to let it go. No one’s laughing. Just go out there, put yourself out there and enjoy your life.”

Spoken like a pro. And a girl that was made for playing Samantha Jones! Catch Lindsey Gort as Samantha Jones all season long on The Carrie Diaries at 8/7c on The CW.

SheKnows loves chatting with celebs! Keep up with the convo by signing up for our newsletter >>