Those of us who don’t follow country music much (insert gasp here if you want) always thought of LeAnn Rimes as a sweet country singer with a good voice. Now, like so many other singers, her talent is becoming seriously overshadowed by her obnoxious behavior. 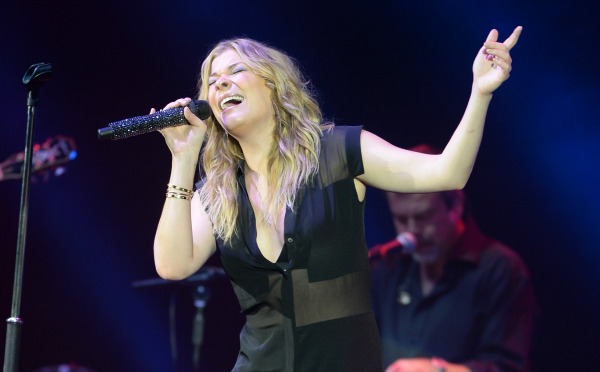 Can someone please relieve LeAnn Rimes of her Twitter privileges ASAP? She’s certainly not the only celebrity to abuse Twitter, but she’s in the top 5. Her Twitter battles with Brandi Glanville (who was married to Eddie Cibrian when Rimes decided to have an affair with him) are legendary. What Rimes doesn’t seem to realize, and what no one is telling her, is this is a battle she can’t win in the court of public opinion. She’ll always be the “mistress,” she’ll always be the adulterer — even if she were a lovely person — which she seems hell-bent on proving she isn’t.

At least Glanville wrote a book and put all her digs in one place. Rimes is using Twitter to launch an on-going torture campaign. She’s made Glanville’s family look is if it is her own (get an identity already), she’s goaded Glanville with passive-aggressive tweets (her latest being: “LAME…love the word! Sometimes there is no other word to describe certain things”), and to take cheap shots at The Real Housewives of Beverly Hills (which Glanville stars in). But one of her latest tweets is going to earn her the title of “Most Obnoxious Celebrity” if she doesn’t knock this s*** off… 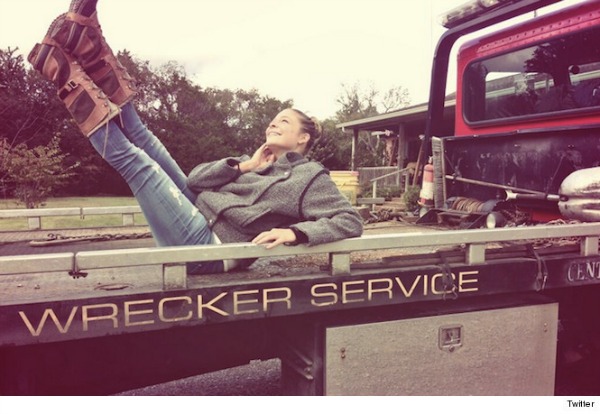 Last week, Rimes tweeted this image of herself on a wrecker service tow truck, trying to make a joke about being a home-wrecker. In what world is that ever funny? LeAnn, if you want the haters to go away, have a bit of humility for being a part of the reason two little boys won’t grow up in the family they thought they were going to grow up in. We know funny, and this ain’t it. This is tacky and cruel. Having an affair with a married man while you are married that results in two divorces and a broken family isn’t something you should be proud of. Cibrian is just as culpable of course, but at least he’s smart enough to keep a low profile. This is the one instance where we are forced to agree with Rimes — “LAME…love the word! Sometimes there is no other word to describe certain things” 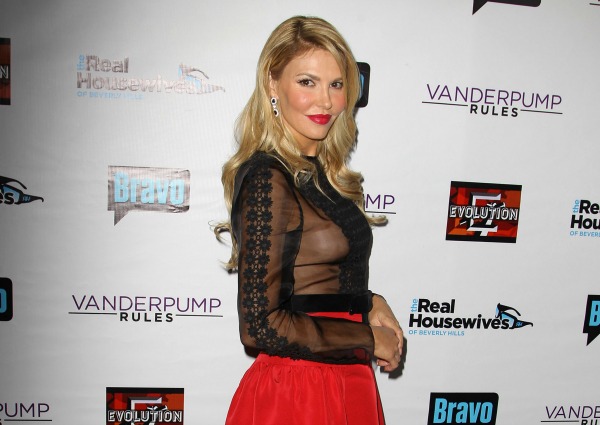 Oh, joy. Rimes is taking her nowhere-ness to reality TV. And in her on-going attempt to prove she has zero class, in an interview about her upcoming show, she says she and Eddie “take all this crap that everyone always says about us and make fun of it.” By “crap” does she mean all the immature, gauche personal stuff she puts out there for public consumption that makes people recoil in horror? Since Rimes is kind of on our last nerve, we’re going to be a little petty and point out that she says “super important” five times in this interview, and that “important” is pronounced “imporTANT” not “ImporTINT.” Sorry, that was small of us. See how she brings out the worst in people?

Before you watch this video, we have some parting words for Glanville: Keep doing what you are doing, which is staying quiet while Rimes builds her army of haters, keep looking stop-traffic-beautiful on the red carpet, and enjoy a blessed holiday season with your sons. When things get tough, remember the saying, “If you give someone enough rope, they’ll hang themselves.” That’s exactly what Rimes is doing with her tacky behavior and big mouth.