While Lady Gaga was in Berlin playing an ARTPOP release show just for her fans, her overseas monsters got something they weren’t expecting: a video from the Momma Monster of her new song “Gypsy.” 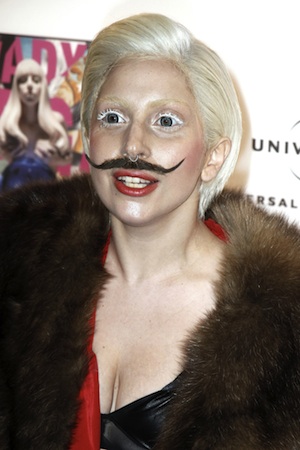 Dressed in some lingerie, a fake mustache and not much else, Lady Gaga sits at a piano and tells the audience, “I wrote this song when I was traveling around the world. They say that a gypsy doesn’t have a home, but I do have a home with you always.”

This is the beginning to her 6-minute performance of a previously unheard song from ARTPOP, “Gypsy.”

The heartfelt performance blurred the line between Lady Gaga, the performer and Stefani Germanotta, the singer.

While the look was all Gaga, the song and the lyrics showed a softer, more passionate and perhaps sadder side.

Gaga wails, “I don’t wanna be alone forever/ But I love a gypsy life.”

And that seems to be the center of her sadness. She wants to have a stable life, but she can’t.

With another song released from ARTPOP, chances are we are going to have the whole album memorized before it’s released, but Gaga’s not worried.

In essence, half of the album is the songs, but the other half is all about the performance — just like Gaga herself.

We will have to wait until Nov. 11 to experience the album the way Gaga wants us to. In the meantime, take a listen to “Gypsy” as recorded live in Berlin, Germany.