There was a behind-the-scenes shake-up with the new Star Wars movie. Episode VII lost its screenwriter, but quickly replaced them with two familiar faces. 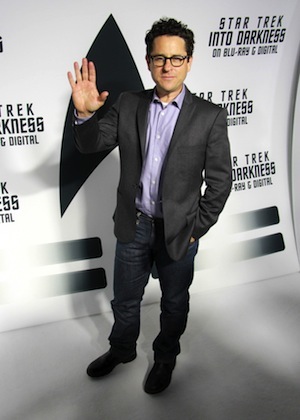 There’s been more movement on the Star Wars front. Thursday, Lucasfilm announced their latest sequel, Episode VII, has a new screenwriter. Michael Arndt, who previously wrote Toy Story 3, was attached to the project. But the studio has decided to go a different route. They replaced him with not one, but two new talents.

According to ComingSoon.net, Lucasfilm sent out a press release announcing the switcheroo. Within it they revealed that Lawrence Kasdan and J.J. Abrams would take over screenwriting duties. This is a big deal considering Abrams is also directing the film. Plus, Kasdan co-wrote earlier Star Wars films The Empire Strikes Back and Return of the Jedi.

John Williams on board to score Star Wars: Episode VII >>

“I am very excited about the story we have in place and thrilled to have Larry and J.J. working on the script,” states Lucasfilm President Kathleen Kennedy. “There are very few people who fundamentally understand the way a Star Wars story works like Larry, and it is nothing short of incredible to have him even more deeply involved in its return to the big screen. J.J. of course is an incredible storyteller in his own right. Michael Arndt has done a terrific job bringing us to this point and we have an amazing filmmaking and design team in place already prepping for production.”

Star Wars: Episode VII will begin production in Spring 2014 for a 2015 release. As we all know, 2015 will be a big year for film. Marvel will release The Avengers: Age of Ultron and Ant-Man, while Warner Bros. unleashes the Batman vs. Superman movie. The final installment of The Hunger Games will also debut that year along with the latest Jurassic Park entry called Jurassic World.

That’s a busy slate, but something tells us Star Wars can hold its own.