Pauly D just found out he is, in fact, the dad of baby Amabella. It looks like he is looking forward to every moment of fatherhood. 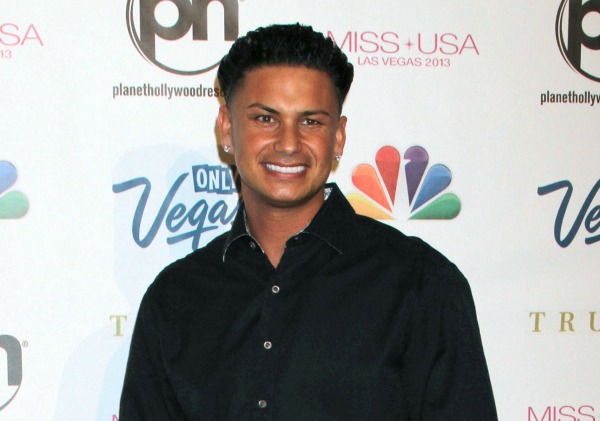 It’s been a whirlwind couple of months for brand-new dad Pauly D. The Jersey Shore star confirmed earlier this week he has a baby with a woman he met in Las Vegas last year.

The brand new baby is an adorable addition to the Jersey Shore family.

PHOTOS: Ivanka Trump introduces her baby boy to the world >>

The 33-year-old brand-new father is embracing his new role, and is completely excited about fatherhood.

“I’m proud I’m a father,” he recently told TMZ. “I am excited to embark on this new part of my life.”

Although Pauly D reportedly tried to keep the baby a secret from his friends and family, he is doing all he can to make sure he is a part of his daughter’s life.

“He’s going to be a big part of his daughter’s life,” a source told RadarOnline. “He’s ready to take responsibility.”

Pauly D is reportedly in a custody battle with Amabella’s mom, Amanda Markert, and is asking for custody of his daughter, although the amount of custody is not clear.

Markert and Pauly D’s relationship happened in August 2012 and could be better described as a fling, according to the Los Angeles Times. She is now living in New Jersey with Amabella Sophia and another child, and seems to have plenty of time to post photos of both children on her Instagram.