At its heart, Ravenswood is a ghost story. Taking clues from photos and episode descriptions provided by ABC Family, a theory about the central ghost in this story is laid on the line. 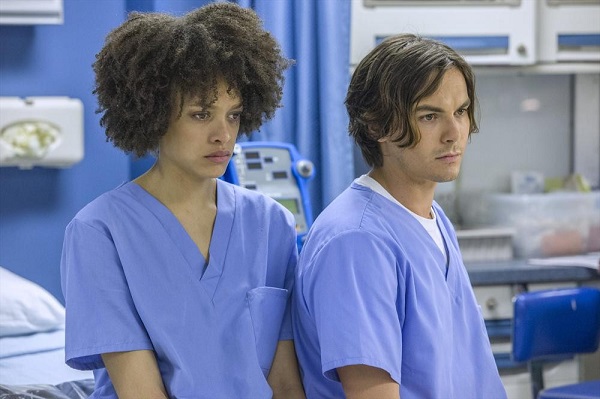 Ravenswood has only just begun its run, but it seems one of the five central characters who was introduced in the premiere might live on only in the ghostly realm. Could these clues prove there’s a ghost coming to Ravenswood?

There are some fairly big breadcrumbs dropped in the episode descriptions and photos released by ABC Family that the person who won’t make it out of the river alive is — Miranda (Nicole Gale Anderson)!

“Death and the Maiden”

In the next episode, airing on Oct. 29 in its new time slot of 8/7c, Remy (Britne Oldford) is still making comparisons between what happened to her friends and historical events, and Luke (Brett Dier) doesn’t seem to like Caleb — especially his blossoming friendship with Remy. The synopsis says “Miranda can’t quite grasp her new reality,” and “Caleb comes face to face with the last person he ever expected to see.” 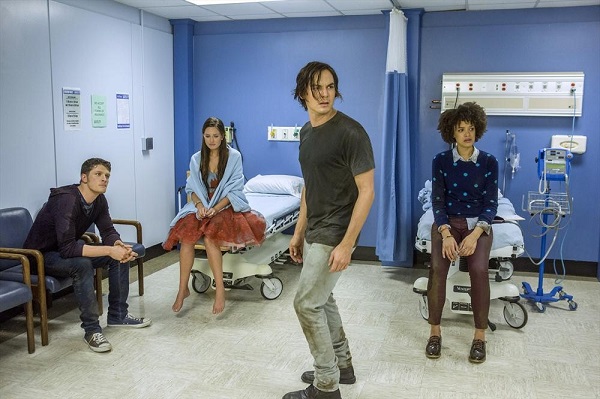 Given what we see in the photo above, it would appear Miranda didn’t make it out of the crash alive. Could her new reality be living on the other side? Maybe Caleb is the only one who can see her. Someone must be able to see her for her to continue on as a character on the show, right? It wouldn’t be a lot of fun to watch if she didn’t interact with anyone.

On the red carpet with Tyler Blackburn >>

The following week on Ravenswood, the gang decides to hold a séance to try to convince Luke of the supernatural issues plaguing their town. These are the most intriguing statements in the episode description: “And while Miranda continues to yearn for a connection to her family, she begins to feel like someone, or something is watching her. Meanwhile, everyone gathers for a somber event, and Collins (Steven Cabral) and Miranda both offer Caleb a reason to stay in Ravenswood.” 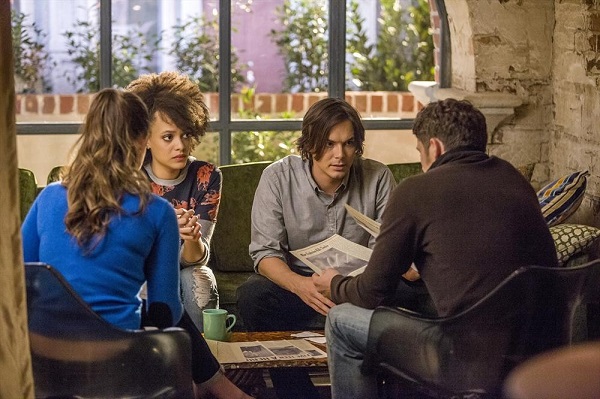 This photo sure looks like Remy’s continuing to explore her interest in the history of Ravenswood and like the trio’s using the information she has uncovered to convince Luke there is more to the town than meets the eye. Suspiciously absent? Miranda. 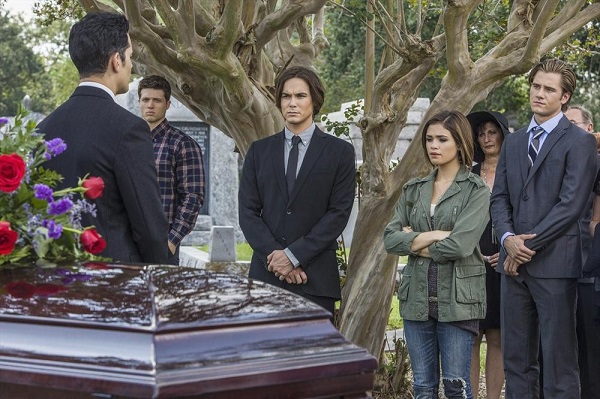 Is Miranda at her own funeral? She appears to be the only one inappropriately dressed. It also looks like she is wearing the same outfit she was sporting as she plunged into the river. Things don’t look good for the bubbly brunette Caleb met on his way into town. 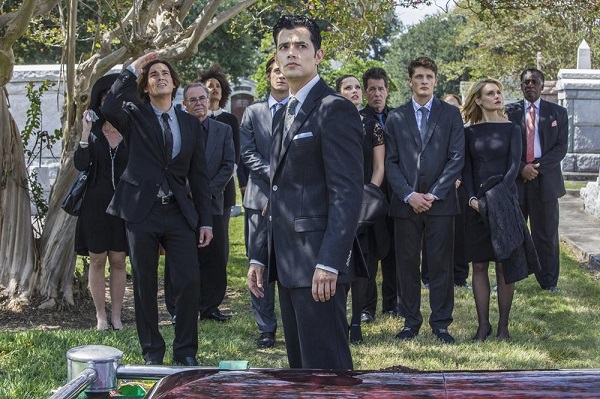 We know Ravenswood citizens are into magic, but this photo seems like a stretch for even the best illusionist. Where did Miranda go? With all the birds and feather imagery associated with Ravenswood, maybe a bird made a low-flying swoop and startled the mourners, and Miranda’s spirit left, too.

The best explanation for all of these clues is that Miranda didn’t make it out of the river alive, and she’ll be a ghostly presence on Ravenswood. That makes it easy to understand why there isn’t a chance Caleb will be tempted by Miranda’s cute face to cheat on Pretty Little Liars‘ Hanna (Ashley Benson).

What could be watching Miranda? That spooky creature that sent them into the river seems like a good guess. Why Collins would want Caleb to stick around Ravenswood will be interesting to discover, as well as whether anyone other than Caleb can see Miranda or if he’ll be riding the crazy train alone. If it’s true, and Miranda is a ghost, it’s a far more provocative tale than imagined.

Another explanation? Miranda could be caught between life and death for a few episodes — in a coma. It’s been done before, isn’t nearly as gripping as a true ghost in their midst and definitely doesn’t explain the funeral, but this group of writers is known for its red herrings.

What are your thoughts on this theory? Will Miranda be a ghost? How would you like her to fit into the Ravenswood story going forward?