Canadian indie-rockers Arcade Fire have released their entire album Reflektor online four days before you can buy it. Listen to the album here and see how it matches up with a classic film by director Marcel Camus. 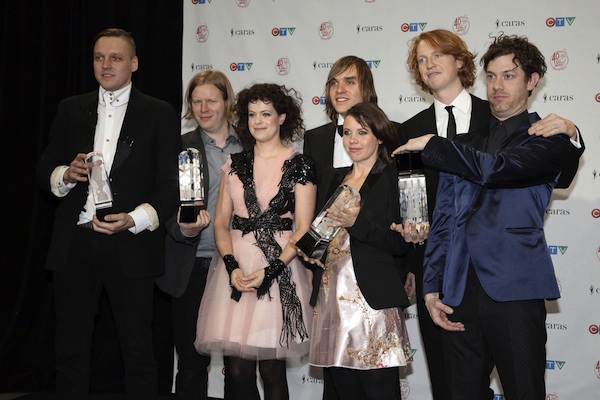 This time, Canadian indie-rockers Arcade Fire were the victims of the leak.

But no big deal — they found a way to beat the leaker. Days ahead of the Oct. 28 release date, they leaked it themselves.

Earlier today, the band tweeted a link to the YouTube clip below which contains all 14 songs on their new album Reflektor (including a bonus track).

The video pairs the album with clips from director Marcel Camus’ 1959 classic film Black Orpheus. Set in the slums of Rio de Janeiro, Black Orpheus is a retelling of the myth of Orpheus and Eurydice.

It’s clear that the band had the myth on their minds when developing the album. The album’s cover features Auguste Rodin’s sculpture of Orpheus and Eurydice. And as if that wasn’t enough, two of the songs on the album are “Awful Sound (Oh Eurydice)” and “It’s Never Over (Oh Orpheus).”

While you never know with Arcade Fire, it seems they intended this to be a mashup of Pink Floyd’s Dark Side of the Moon and The Wizard of Oz.