The first trailer for Captain America: The Winter Soldier has arrived. It’s everything we wanted it to be and more. Steve Rogers is a superhero in every sense of the word. 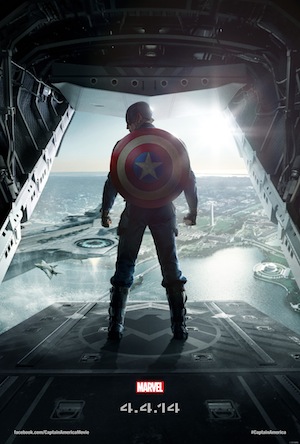 Steve Rogers has a new look and a new foe in his latest film Captain America: The Winter Soldier. Chris Evans reprises his role as the patriotic hero and reunites with Scarlett Johansson (Black Widow) and Samuel L. Jackson (Nick Fury). There’s also the shocking return of Sebastian Stan as the Winter Soldier himself.

Rogers has changed a lot since we last saw him. He’s still adapting to the modern world, but he’s starting to fit in. But like in all Marvel films, no one can be happy for too long. Rogers is working for S.H.I.E.L.D. full-time and is having a hard time dealing with their ethics — or lack thereof.

He’s constantly put in situations that test his moral compass. Nothing will do that more than meeting the Winter Soldier, aka Bucky Barnes. In Captain America: The First Avenger, Barnes and Rogers were best friends. They both wanted to fight for their country and did everything they could to protect its rights. Unfortunately, in the heat of battle, Barnes died.

As you can see from the trailer, Barnes is now alive and well. The only difference is he’s a cold-blooded assassin. The Winter Soldier is highly skilled and rivals Captain America in every way. Can Cap defeat him knowing he’s really his dead best friend?

The trailer also gives us our first look at Robert Redford’s character. We’re still not sure what it is he does, but it looks official. He’s shown counseling Rogers about the rights and wrongs of S.H.I.E.L.D. It sounds like Captain America’s feelings are more conflicted than we thought.