This is one artist who has struggled through and surpassed expectations of your average Disney star. But amidst her growth, she remembered her roots enough to return for a collaboration. 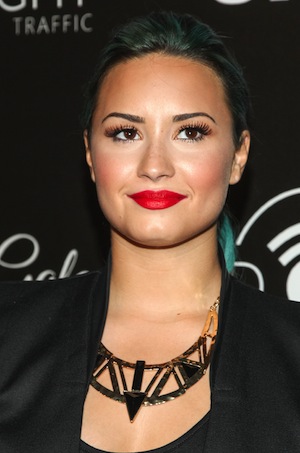 I was so convinced Demi Lovato had left her sickly sweet Disney image in the dust, that when I heard she recorded “Let It Go” for some movie Frozen, I thought — did Madonna make a movie off her famous single?

Because I know you are far more hip than me, you may have already known Frozen is the next big Disney venture coming to a theater near you. It features a optimistic young girl who engages in a tireless search of her sister while enduring blistering conditions.

While animated 3D movies may make you queasy, or are altogether not your thing, the single Lovato’s debuted surely will be. It’s got an equally optimistic message that has become a permanent sidekick to Disney movie plots: to rise from adversity and prove your worth regardless of any setback.

This song seeks to release you from what others think of you and any limitations that have been placed on you.

Is music your “thing?” Sign up for our newsletter and make sure you’re updated >>

Lovato has struggled through her career with what Disney stars always fight against: breaking free from the Disney image, and fitting into the competitive music world. It’s fair to say she’s assimilated just fine, but Lovato doesn’t take too many risks in terms of straying away from pop music. But it’s not broken, so who are we to tell her to fix it?

Did Demi Lovato have a lesbian kiss? >>

“Let It Go” slips perfectly into the lap of a Disney soundtrack. Her pulsating recital of the title builds to a bright, meadow-y explosion of positivity. But even if you were to hear it, not knowing of its point of origin or inspiration, you would still note a familiar theatrical delivery (remember Christina Aguilera‘s “Reflection” for Mulan?).

Christina Aguilera and Adam Levine have a “thing?!” >>

Outside of this track, it’s worthy to establish that Lovato’s music is always heartfelt, honest and powerful. She’s a stellar role model, with grace and sass that we all have been charmed by while watching her on hit show, The X Factor. So It’s OK if she backtracks her tremendous progress just this once, to pay respect to the dynasty that made her who she is.

Frozen will appear on the big screen on Nov. 27, and if you can recognize that giddy voice from the previews, stars the darling Kristen Bell.