It’s the summer of 1985 and Carrie’s world has changed drastically. Are you ready to see where the road leads Bradshaw this season? 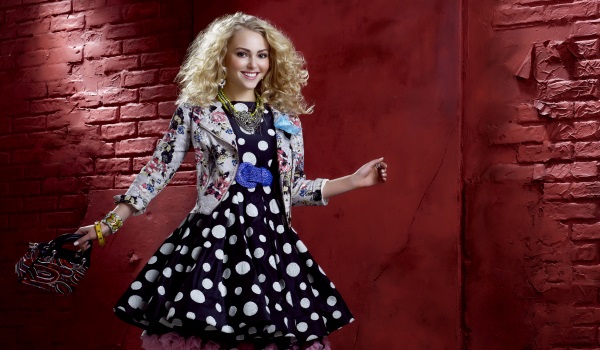 When we last saw Carrie, she was on the verge of something spectacular. Her new city friend, Larissa, was leaving New York for the summer and had offered her amazing apartment to Carrie. Most parents would surely refuse to admit their children such luxuries, but Carrie is a pretty responsible kid and Mr. Bradshaw really wants to make her happy so… a summer in New York City was in the stars for Carrie (AnnaSophia Robb). Joining her on her inner-city adventures: Her BFF and the recently outed Walt.

She was destined to have an amazing time! As long as she could get over Sebastian (Austin Butler), of course. Last time we saw him with Carrie, he was breaking her heart by admitting he and Maggie had kissed.

So, where will Season 2 pick up?

Get ready for one wild, crazy and traumatic night! Walt and Donna LaDonna have become quasi-BFFs. Even Carrie has learned to deal with her. Apparently, a mutual distaste for Maggie could bond even the fiercest nemesis. Now, after spending the summer hearing about how Carrie’s “magical faxes” have gotten them into some of the coolest clubs in Manhattan, Donna is ready to experience the fun, too.

The new trio of friends (Carrie, Walt and Donna) make plans to spend a night on the town. They’ll hit up some of the most exclusive clubs, as well as visit Donna’s cousin, Sam, at the bar where Sam works as a bouncer. First, “Sam” turns out to be Samantha Jones (Lindsey Gort) and Donna shows up with an unexpected plus one. Then, the night turns from awkward to awful when something valuable goes missing.

Will the night still go as planned? It’s safe to answer with a big, fat: “No!”

Looks like fun, right?… maybe not. Just like the video says, The Carrie Diaries premieres on Friday, Oct. 25 at 8/7c on The CW.