It looks like the Eastwoods are officially moving on from each other. Not only are divorce proceedings moving forward, but it looks like both Dina and Clint are now dating someone new. 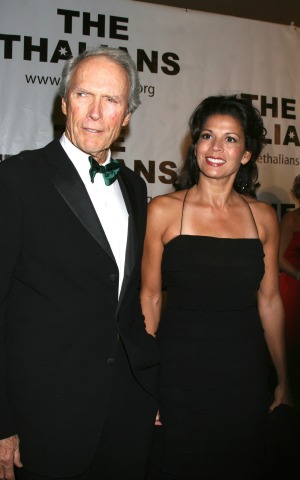 It looks like Dina Eastwood wasn’t messing around when she filed for legal separation from her husband Clint Eastwood in September. She filed for divorce Monday in California after 17 years of marriage.

When they announced their split in August, the couple had apparently already been living apart for a year.

In the divorce papers, Dina cited irreconcilable differences for the split and asked for custody of their 16-year-old daughter Morgan, along with spousal support and attorney fees.

“This is really sad,” a source told People of the split earlier this month. “They were great partners for many years.”

However, it looks like both Eastwoods have already moved on — within the same family. People confirmed that Clint is currently dating Erica Fisher. She is not a household name, but her presence in Eastwood’s life adds a twist to the divorce drama. Dina is rumored to be dating Fisher’s ex-husband, University of Hawaii basketball coach Scott Fisher.

“After Scott and Erica divorced, Erica was sure Scott was romancing Dina,” a source told Us Weekly. “Erica called Clint’s office last February to discuss her suspicions — then he fell for her!”

Erica’s son has also been working as a production assistant on the set of Eastwood’s movie Jersey Boys.

Earlier this month, Dina tweeted a string of tweets that sounded like they were related to the break-up.

Clint and Dina met when she was interviewing him for a TV station she worked for, and the couple was married in 1996. Dina is 35 years younger than Clint, but by all accounts the relationship was a good one.