The new season of Austin & Ally is going to be quite a ride according to star Ross Lynch! 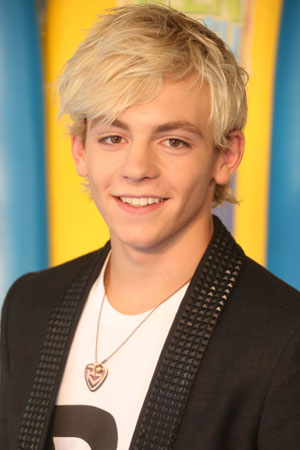 We’re pumped that our favorite Disney Channel show, Austin & Ally, is back this Sunday night at 8:30 p.m. EST for a new season. SheKnows managed to get Ross Lynch — better known as the Austin of Austin & Ally — to answer a few of our burning questions about what we can expect in the new episodes.

“I don’t want to give away too much, but here’s what I can tell you:  The music is still an important role in Austin’s life,” Lynch said. “His singing career has really taken off, and he’s much more than an internet music sensation now. The season premiere takes place during his own nationwide tour. But, I think his personality and priorities are the same as they’ve always been. He’s fun and upbeat, and his friends and those relationships are what are most important to him.”

More importantly, he hints that Austin’s relationship with Ally is stronger than ever, even with their burgeoning careers.

“Now that Ally has her own singing career, she and Austin will have to figure out a way to maintain their singing/songwriting relationship,” he added. “We left viewers with a cliffhanger in the season finale, and the season premiere will pretty much answer all of those lingering questions,” he said.

We have to know, though: What was in the note?

“You gotta watch, you definitely don’t won’t want to miss it!” Lynch said. “I can tell you that what’s inside of it kind of shapes the entire episode.”

See a clip from the new episode of Austin & Ally