After years of development, the Elton John biopic is finally happening. British actor Tom Hardy has landed the role of the music legend. 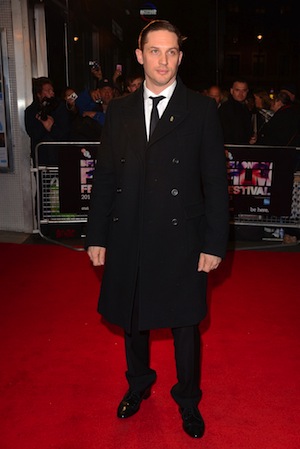 Sorry Justin Timberlake, Hollywood wants you to sit this one out. Instead, Tom Hardy has been cast as Elton John in the biopic, Rocketman. Wednesday, Rocket Pictures confirmed the news giving the actor their stamp of approval.

According to Deadline, the film “tells the story of a child prodigy [John] turned music legend.” Hardy may be the face of the singer, but John’s voice will be front and center. He’ll actually re-record some of his biggest hits specifically for the movie.

Hardy is known for playing aggressive characters such as Bane in The Dark Night Rises and Tommy in the MMA film, Warrior. Rocketman will be a refreshing change of pace for the actor.

EXCLUSIVE VIDEO: Elton John goes deep with The Diving Board >>

“Tom is a stellar talent who will add extraordinary depth and nuance in bringing Elton’s story to life,” said Rocket Pictures CEO Steve Hamilton Shaw. “We are excited to have such a gifted actor on board, and equally excited to be in the hands of Peter Schlessel and the entire Focus Features team.”

This will allow audiences to see the actor’s full range. Can you imagine him wearing John’s famous costumes? We can’t wait to see him in character.

“Tom is quickly becoming known as one of the world’s most versatile actors, and like others at the top of their craft, he has proven his ability to transform himself completely into the character or subject found in the material,” said FilmDistrict CEO Peter Schlessel.

Rocketman will be directed by Michael Gracey from a screenplay written by Lee Hall. The film is scheduled to begin production next fall.