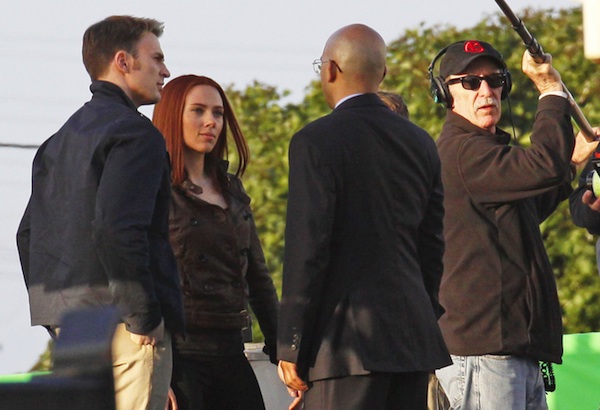 Captain America: The Winter Solider is set for release on April 4, 2014, but fans can catch a glimpse of the action now with the below teaser trailer. The full trailer will be available on Apple iTunes beginning on Oct. 23, 2013, at 11/10c.

Scarlett Johansson, who plays fellow S.H.I.E.L.D. agent Black Widow, says the Captain America sequel picks up exactly two years from The Avengers. “This film is in real time. It’s been two years since [the character] appeared, and now both are agents of S.H.I.E.L.D., fighting the streets. We’re not superheroes flying side-by-side. They help each other because we are fighting in a similar way. It’s a working relationship.”

Johansson also says she loves playing Black Widow in Captain America: The Winter Solider. “I think it is a sensational character. It is a professional, highly skilled, dangerous, mysterious superhero. I love playing it. I think that it is rare to find a woman sexy and intelligent on the big screen, able to fight anyone (including men) and overcome them physically and emotionally, and my character does it.”

Black Widow is not featured in Marvel’s 10-second trailer for Captain America: The Winter Soldier but hopefully we will get the chance to catch a peek at Scarlett Johansson’s character in the full-length trailer out Thursday morning.

In the meantime, check out the teaser trailer below for Captain America: The Winter Solider below: