The Mortal Instruments may get a second chance. The box office bomb is ripe for a sequel, despite its underwhelming debut. 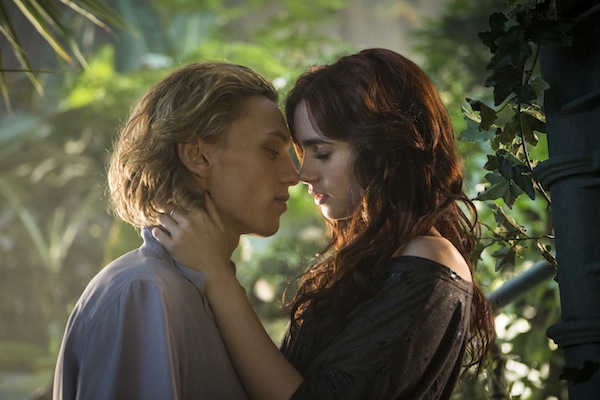 Last summer the film adaptation of The Mortal Instruments: City of Bones came and went. It wasn’t the next Twilight and didn’t scratch the surface of Harry Potter. City of Bones only grossed $14 million within its first five days. As a whole, it only grossed $31 million domestically.

The production company, Constantin Film, planned to make a series based on The Mortal Instruments books. Unfortunately, its box office returns caused them to rethink their decision. A follow-up called City of Ashes was already on the table, then they shelved the idea. But now, the sequel’s back on the agenda.

According to The Hollywood Reporter, Martin Moszkowicz, Constantin Film’s head of film and TV was urged to reconsider. The series’ fans were very vocal about wanting another movie. “The fan response, from the blogosphere and the thousands of mails we have received, has encouraged us to keep going,” he said. “It’s been overwhelmingly positive, in contrast to some other YA [young adult] titles.”

Despite City of Bones‘ failure in the States, it managed to gross nearly $100 million thanks to international audiences. The marketing team is trying to figure out what went wrong with their roll-out. There’s obviously an audience for it, they just need to do some course correction.

“We are analyzing what we did wrong with the first film — particularly with the positioning and marketing — and what changes we have to make. We are working with a great group of people to reposition the franchise [for City of Ashes],” Moszkowicz revealed.

“The readers of Mortal Instruments are older than you might think,” he said. “That may have been one issue in our marketing, that we focused too much on a very young audience segment.”

They’re also revisiting the script and seeing if any of the casting needs to be tweaked. The company is prepared to do a full makeover.