TV producer Chuck Lorre is receiving a huge honor. Next year, the Producers Guild will award him for his impressive body of work. 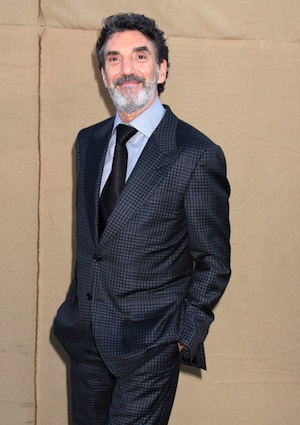 According to the Hollywood Reporter, Lorre will accept the award next year (Jan. 19 to be exact) when it’s given out at Los Angeles’ Beverly Hilton Hotel. The PGA couldn’t think of anyone more deserving of the honor. At the moment, Lorre has four hit shows running: Two and a Half Men, The Big Bang Theory, Mike & Molly and Mom.

“Norman Lear is a legend in this business and one of comedy’s true kings,” said Lorre. “I have to admit that I’ve been tongue-tied and starstruck just standing in the same room with him. Needless to say, being associated with his artistry, much less to be honored in his name, is both humbling and inspiring — and more than a little embarrassing. I’m deeply grateful to the Producers Guild for acknowledging my work in this extraordinary fashion.”

Lear was the award’s inaugural recipient, whose résumé has yet to be outdone. He was the man behind such groundbreaking television shows as Maude, Good Times, All in the Family and The Jeffersons.

Lorre is well on his way to Lear’s status. His comedies stick to the traditional format that viewers have enjoyed for decades. Hopefully, there are more to come.