Jessica Lange says she’ll leave American Horror Story after Season 4, but showrunners have their doubts. Do you think it’s time for her to move on? 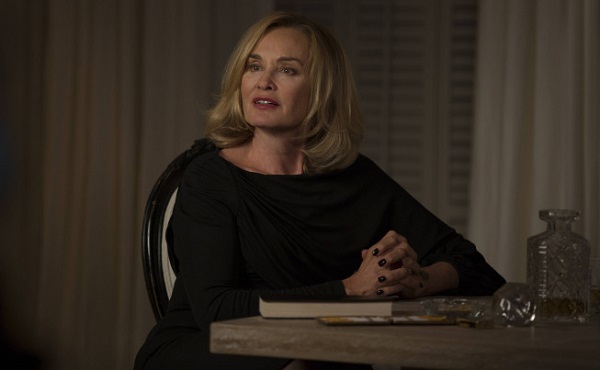 In a recent interview with Buzzfeed, American Horror Story staple Jessica Lange said Season 4 would be her last. The show’s creator, Ryan Murphy, told The Hollywood Reporter he thought she’d change her mind. And so begins the will-she-won’t-she rumors.

“I’ll do one more season… That’ll be it,” Lange told Buzzfeed, referring to the show that helped her win an Emmy and a Golden Globe.

While many fans are in the midst of conniption fits over the news, Murphy (who also created the less haunting show Glee) is convinced Lange will change her mind in the long run.

“Every year, she says, ‘OK, that’s my last one’,” he told The Hollywood Reporter. “But she’s already committed to the fourth series.”

It sounds like Lange can’t make up her mind. Perhaps she’s hoping that stating her plans publicly will help her commit to her exit strategy. The actress plays opposite Kathy Bates and the two veteran actresses bring quite the edge to the newest installment of the show, American Horror Story: Coven. Would the show be the same if Lange departed? Murphy doesn’t want to find out.

“I can see American Horror Story going 10 years, 12 years, 15 years,” he said, adding, “I think it’s limitless because it re-energizes every year, and I would love for Jessica Lange to be part of it every year.”

Murphy is certainly hoping American Horror Story can last that long, especially after recently announcing the impending end to his other moneymaker, Glee, after next season. Lange’s departure may not be the end of American Horror Story, but it could change the dynamic and perhaps institute the beginning of the end. Then, again, if the show is going to last a decade, maybe a change of face can breathe new life into AHS, giving it a sort of regenerating Doctor Who quality.

We’d hate to lose Lange, if she truly decides to leave this time. But we’re excited at what her absence could force the showrunners to do in her place. For right now, catch Bates and Lange on American Horror Story: Coven on Wednesdays at 10/9c on FX.