Katy Perry was devastated after Russell Brand told her he was leaving her, but she became a new person after the split. The singer is expressing her newfound strength on her new album Prism. 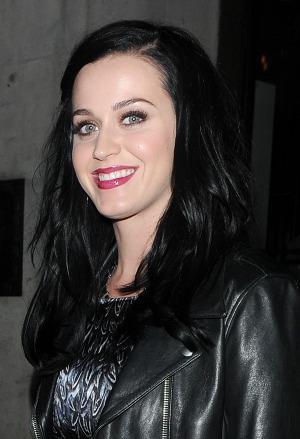 Katy Perry has become the embodiment of a strong woman in the past few years, quite a change from the girl who made her name with the song “I Kissed A Girl.” Perry is now happily dating John Mayer, but just a few years ago she was a heartbroken almost-ex-wife.

The “Roar” singer spoke with UK’s Sunday Times about her divorce from Russell Brand, and said the breakup hit her hard.

It was less than two years ago, in December 2011, that Brand informed Perry via text that he would be divorcing her. Perry got over her heartbreak and eventually got over Brand too. She used that struggle, and eventual strength, as inspiration for her new album Prism.

“Well, imagine what you go through,” the singer told Entertainment Weekly. “Imagine what happens when you go through a break up. We all go through break ups and we all get very depressed and desperate. The lyrics are very exact and autobiographical. That’s how I write. But the one thing about those lyrics is you can hear me finding my strength throughout the song. It starts off really low and then I kind of stand up for myself and say, ‘No!’”

The feel of the music took a different turn because of what was behind it. Perry said, while the music is still her, fans should expect a new sound from Prism.

Katy Perry is the new face of CoverGirl >>

“What I wanted to call this record at first was Adult Reality, because Teenage Dream was me so high on that cotton-candy cloud, and then it’s like I got punched in the face and kicked down the stairs a couple of times,” she said.

Perry worked to bring her fans into her life with her new music, and said that honesty is about “trying to find the little cracks.”