Surprise, it’s a girl! No one was expecting Pauly D to announce that he’s a dad, especially his family and friends. 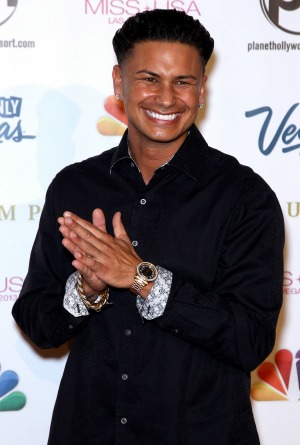 It looks like another cast member from MTV’s Jersey Shore has joined the parent club. On Tuesday, it was revealed that reality star Pauly D is the father of a baby girl.

His daughter’s name is Amabella. Pauly D, AKA Paul Delvecchio, and the baby’s mother met in Las Vegas last year. The souvenir of their time together is a beautiful baby who is now a few months old. The 33-year-old took a DNA test and he is the confirmed dad.

He shared the news with TMZ, “I’m proud I’m a father. I am excited to embark on this new part of my life.”

The mother, who remains anonymous, is 26 years old and has formerly filed court documents in New Jersey to establish paternity. While the TV personality seemed at peace with going public about his fatherhood, RadarOnline is reporting that he kept the news a secret from his family and friends.

A source told the online site, “He tried to keep the baby news a secret. Most of his family and friends found out the news the same time as the rest of the world did. Everyone was shocked!”

The good news is that the spiky-haired star knows that he has to step up and put his partying ways behind him.

The insider continued, “He’s going to be a big part of his daughter’s life. He’s ready to take responsibility.”

Perhaps his daughter can date former castmate Nicole “Snooki” Polizzi’s son when the two are older. It will be a romantic Jersey Shore tale.