Jennifer Lopez has one of the most famous figures in Hollywood. She loves her body and stays away from the super-thin trend. 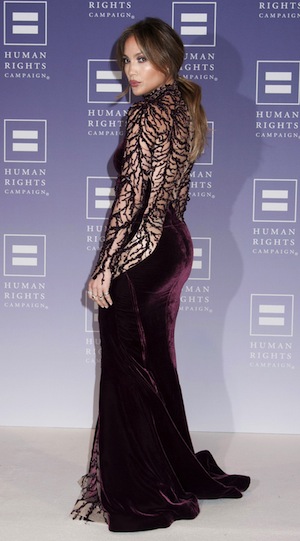 Jennifer Lopez is one of a kind. When she burst onto the scene in the ’90s, Hollywood took notice. Lopez is an actress, singer, dancer and successful businesswoman who’s always had faith in her abilities. Even though the entertainment industry is known for being shallow, she didn’t allow its expectations to affect her self-esteem.

In the latest issue of Cosmopolitan for Latinas, Lopez discusses body image. More importantly, how to accept yourself for who and what you are. It’s something she learned early on when she debuted on television as a Fly Girl on In Living Color.

“When I first started on television, people, and even my own manager at the time, would tell me I had to make all of these changes physically,” she revealed.

“But you have to stand up and say, ‘There’s nothing wrong with me or my shape or who I am. You’re the one with the problem!’ And when you can really believe that, all of a sudden other people start believing, too.”

What celebrities’ swimsuits reveal about them >>

Lopez had a good grip on who she was. Her humble beginnings in the Bronx are what kept her head on straight. She explained, “Early on, my family really made me love who I was and what I looked like. My body was nothing out of the ordinary in my neighborhood.”

There you have it. After multi-platinum albums, hit movies and booming businesses, Lopez is still just Jenny from the Block.