Charlie Hunnam won what would have been the role of a lifetime for most actors. He finally opened up about how he’s feeling now that he’s no longer Christian Grey. 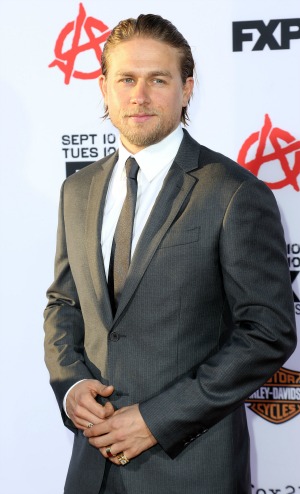 Fifty Shades of Grey fans were stunned when it was announced Charlie Hunnam would be dropping out of the highly anticipated film. Hunnam finally opened up for the first time about the news, and what he has coming up next.

“I’m doing good. I’m just really concentrating on work. It’s been a really busy time,” Hunnam said at a benefit he was attending alongside his Sons of Anarchy cast mates.

Hunnam won the highly coveted role over other important actors in Hollywood, but dropped out due to scheduling issues.

“The filmmakers of Fifty Shades Of Grey and Charlie Hunnam have agreed to find another male lead given Hunnam’s immersive TV schedule which is not allowing him time to adequately prepare for the role of Christian Grey,” Universal said in a statement.

According to Entertainment Weekly, the actor said that he’s been busy filling his time with both work and family.

“When I wrap the show [SOA Season 6], I’m going to go to England and see my people,” Hunnam said. “And then I have a film that I’m doing with Guillermo [del Toro]. So I’m going to go and do that and [then] concentrate on the final seasons of Sons.”

Although those time commitments are officially what cost Hunnam his role, there was also talk the decision came because the actor didn’t like the attention that came along with being in such a high-profile story.

Hunnam didn’t comment on any of those rumors or the names being mentioned as possible replacements as Christian Grey in the story by author E L James. Irish actor Jamie Dornan has been mentioned as the front-runner for the role. Other names on the list include Alexander Skarsgård and Billy Magnussen.

The actors originally chosen for the roles, Hunnam and Dakota Johnson, were announced in September.

According to the Hollywood Reporter, NBC told their staff last week the part will be recast “in the next few weeks” for the film, which is expected to open on Aug. 1, 2014.

When Sons of Anarchy wraps up, Hunnam said he’s looking forward to what’s next for him.

“I just want to finish that strong and go on to a new chapter of life.”