Zach Roerig of The Vampire Diaries has won sole custody of his secret 2-year-old daughter from the child’s jailed mother. 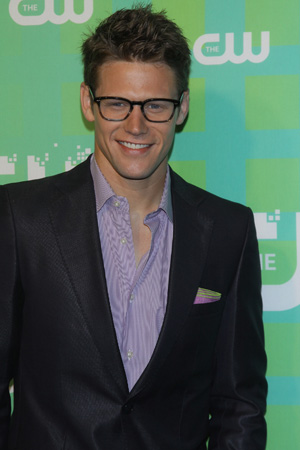 Shortly after the existence of his daughter was revealed in July, Zach Roerig filed for sole custody of the child from the mother who is now in jail. His request was granted and he’s received full power over the 2-year-old girl’s care.

The Vampire Diaries actor never spoke of his child in public before, but once the girl’s mother, Alanna Turner, was sentenced to federal prison he filed for custody in an Atlanta court. Turner was jailed after pleading guilty to “various crimes,” and had been arrested three times prior.

When Roerig first filed for custody of his daughter, he also asked for child support from the mother, but he has since retracted that request.

Roerig became a teen heartthrob through his Diaries role, playing well-intended and heroic human Matt Donovan. But he kept his private life to himself, never speaking of the relationship he had with Turner. However, sometime after he ended that relationship, Roerig quietly revealed he was dating his co-star Candice Accola, who plays the sweet and well-meaning vampire Caroline Forbes. But the pair broke up in June of last year.

The 28-year-old actor from Ohio became Georgia’s father in January 2011, not long before he began dating Accola. So it’s not known whether he knew his ex, Turner, was pregnant until she gave birth, or if they were still together at that time. It’s also not clear if Roerig knew of Turner’s criminal past until she was sentenced to prison this summer.

While Roerig is best known for his role in The Vampire Diaries, he also starred in other notable TV shows including One Life to Live, and the acclaimed drama Friday Night Lights, where he played a rodeo cowboy named Cash. Roerig also stars in an upcoming real-life Civil War drama, Field of Lost Shoes, as Jack Stanard.