The Wanted’s Tom Parker is serious about his model girlfriend Kelsey Hardwick, although he has postponed his plans for an engagement proposal… 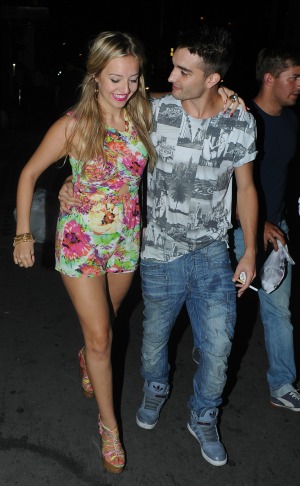 Girls, if you fancy The Wanted’s Tom Parker you better claim him fast, because he may just take his relationship to the next level in the near future.

In fact , the 25-year-old singer is so serious about his girlfriend of three years, Kelsey Hardwick, he has even considered proposing to her. Or at least he had, before he decided against it.

The reason for postponing the impending proposal is not because of his lack of interest for the blond beauty, but because of The Wanted‘s success and their busy work schedule.

The British boy band’s Word of Mouth World Tour is fast approaching and that means a lot of time on the road.

Nothing spoils the romance and joy of a new engagement than having to leave your fiancée straight after the proposal and Parker wanted to avoid this situation.

Parker told The Sun newspaper, “We’ve talked about it. I was going to propose last year. But I want things to settle down a bit with the band first.”

“We’re away so much. With an engagement, you’re meant to be committing to each other. I don’t want to get engaged and then go away for six months with the world tour.”

“I’m probably going to wait until next year. It can be tough doing a long-distance thing. But when you’re with someone that you want to be with, you make it work.”

The “Walks Like Rihanna” hitmaker is not the only one in the relationship who would like to take things to the next level, although Hardwick does have a requirement for her man before she marries him…

Hardwick revealed to the British magazine new!, “Marriage is definitely on the cards, but I don’t know when. Tom told me he can’t wear a wedding ring because he hates anything around his fingers or neck, so I told him I won’t marry him until he agrees to wear a ring.”

It will be good for Parker to settle down, since he’s been getting into quite some trouble lately.