Kimye have taken their relationship to the next step: They’re engaged! And they did it with both style and spontaneity. 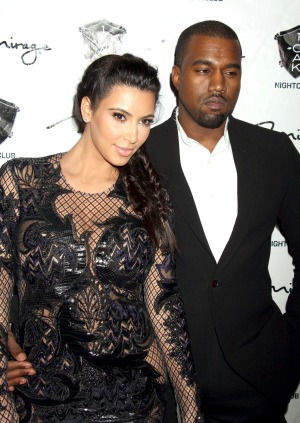 Everyone who is a fan of Kim Kardashian and Kanye West has been wondering when the power couple would take their relationship to the next level, and it appears that they have done just that.

E! News confirms that Kanye West forgot all about his modern views of relationships and got down on one knee the traditional way, to ask his girlfriend 33-year-old reality TV star to marry him.

The proposal is said to have happened at the AT&T Park stadium in San Francisco and according to E! the “Diamonds” rapper decided to rent out the stadium for the momentous occasion.

Marriage speculation has been surrounding the pair with mixed feelings by both parties.

Kardashian had previously admitted to Cosmopolitan in February, “[Marriage] is something I know that we both want in our future, but I don’t have this sense of urgency about it.”

A source revealed West’s view on marriage to Radar Online, saying, “Kanye is telling friends that he’ll never marry Kim. He has no need or desire to make their relationship official in the eyes of the law.” Well, that source was wrong!

Earlier this week a source had revealed to E! that the ring had been picked out — a 15-carat Lorraine Schwartz bauble — and the big plans were set to happen in celebration of Kardashian’s 33rd birthday. And what a memorable birthday it was!

The source revealed, “Kim turns 33 today. Kanye had planned to propose for her birthday. He chose the ring from exclusive jewelers Boucheron on a recent trip to Paris. But everything else is top secret.”

West is currently touring for his Yeezus shows in California at the moment and his love had a birthday party planned in swanky Tao nightclub, which has now become a combined birthday/engagement party.

The source added, “On the Friday when Kanye performs in Las Vegas, Kim has a birthday celebration planned at Tao nightclub.”

“Now it’s beginning to look like it could also be an engagement party. Other members of the Kardashian clan are scheduled to be there so it will be a family occasion.”

What does the Kardashian matriarch have to say about the news? “A match made in heaven!” Kris told E! News, “I am so happy for both of my kids, Kim and Kanye.”

Kim has been working hard to lose her baby weight from baby North West and we are sure she will look beautiful in her wedding gown. Congratulations to Kimye!