Sky Ferreira is a singer, actress, model and bada**. Of course we love her. 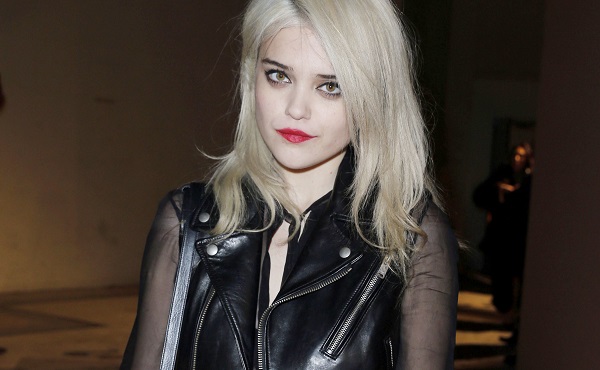 Sky Ferreira’s debut album doesn’t release for another week and yet she’s already made a name for herself. She grew up around the King of Pop, already made her film debut, released multiple EPs and was recently busted for drugs. And did we mention that she’s only 21?

Long before anyone knew the gorgeous Ferreira’s name, the singer was already rubbing elbows with celebrities. She’s been pretty open about her childhood closeness to Michael Jackson. However, she didn’t need the King of Pop to help her find her way into the spotlight. She did it all on her own… thanks to the help of MySpace.

Just a few short years ago, Ferreira took it upon herself to seek out the connections she needed to get into the music business. She hooked up with producers Bloodshy and Avant (from Sweden), intent on making an album. The years that followed were rocky. Twice she thought she was on the verge of finally releasing her debut album, but when push came to shove, the full project was pushed back in favor of another EP. All told, it has taken Ferreira several years and two EPs before finally nailing down a full album with Capitol Records.

All those delays might have paid off, though. After releasing seven singles already, she’s developed quite the cult following. Ferreira’s latest releases may not be charting, but people are eating them up.

Her new “bad girl” status is helping, too

First, Ferreira and her boyfriend Zachary Cole Smith (of DIIV) were pulled over for a traffic stop turned drug bust. Ferreira was found in possession of Ecstasy. Meanwhile, he boyfriend had heroin in his possession. Not good. To make matters worse, he was reportedly driving a truck with stolen plates. The arrest left many wondering if Ferreira would end up as just another tragic loss before her debut album ever released.

Listen up! to what we find so awesome about Lorde >>

Then, adding to the scandal, Ferreira released the artwork for her upcoming album. To say the album cover was NSFW is putting it lightly. The album features the young singer completely topless, with no wrecking ball to hide her bits and pieces. If she was going for shock, she certainly got it.

The problem with the multitalented performer’s publicity stunts is that they’re entirely unneeded. Her album, Night Time, My Time, is good enough to earn her attention on its own. The singer previewed several tracks via short videos on Instagram and the snippets of techy dance rock fit squarely into popular music’s current trajectory. When you add in that Ferreira is a beautiful girl who’s graced multiple magazine covers and has been featured in a Calvin Klein campaign, there’s really no reason for all the scantily clad appearances or the party-girl drug busts. That leaves us with only one conclusion: Those moments weren’t publicity stunts at all and we’re seriously looking at music’s next bad girl.

Have you heard Best Coast’s Fade Away? >>

While we don’t recommend Night Time for your 13-year-old’s Christmas present, we do think it’s the perfect soundtrack to a girls’ night out (or in) with your friends and some drinks. (Though, maybe leave out the X.) Here’s the first single off Ferreira’s album so you can hear what all this hype is about.

Sky Ferreira’s Night Time, My Time is out on Tuesday, Oct. 29 and we highly recommend you give it a listen.