Rashida Jones is tired of seeing the bare booties of fellow celebs on Twitter — unless, of course, you’re a dude, in which case bring it on! 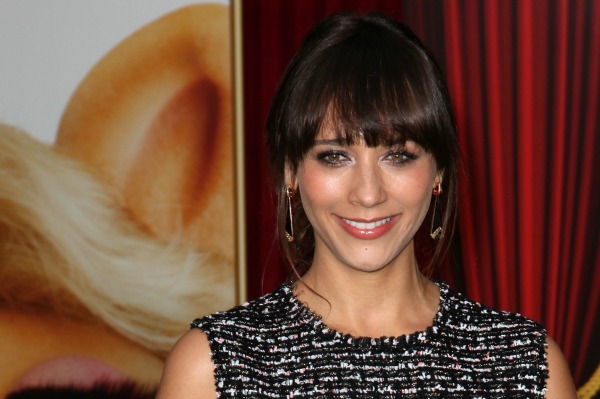 Listen up, Miley Cyrus, Nicki Minaj, Rihanna and Kim Kardashian: Put some clothes back on or Rashida Jones is soooo going to unfollow you.

The Parks and Recreation star went off about stars flashing their bodies on Twitter (and everywhere else) and says they have a responsibility to a generation of young women who are starving for role models.

Jones’ rant came days after we were bombarded with celebrity skin, including Cyrus in nothing but body paint, Minaj sporting leopard-print pasties and nothing else, Rihanna naked in a bathtub and Kardashian in all her big booty, sideboob glory.

Rashida Jones spills on Michael Jackson and other celeb friends >>

Guess she didn’t get the message.