Taylor Swift trades her platforms for some sneakers, and her iPod for a stereo in her upbeat ’80s-sounding single. But the fun track has a deeper conscience and purpose: to encourage everyone to achieve their dreams. 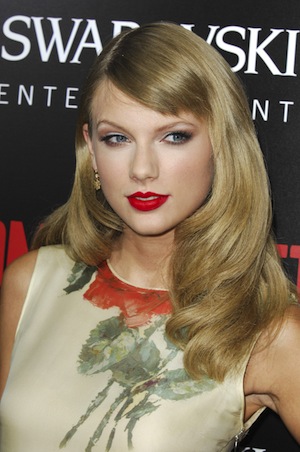 I know I don’t. I doubt Taylor Swift does either. She missed being born in the ’90s by one measly year.

But “Sweeter than Fiction” revolutionizes Swift’s current and pristine pop sound and gives her more dimension than the introspective princess we’ve come to know her as.

The single primes Swift to wield her talent for hit-making as aggressively as her affinity for blasting her exes. This song is divinely inspired with what, in my eyes, I describe as a bit of an A-Ha flare.

You don’t need to bust out your high tops and jean jackets. You’re in for her characteristic bubbly lyrics, her spirited and youthful vocal delivery, but it’s all packaged with a subtle ’80s charisma.

Swift teamed up with fun. guitarist Jack Antonoff for this sugar rush of a song, and it was penned exclusively for the One Chance soundtrack. And if you ever doubt the craftsmanship or devotion to the sincerity of her lyrics, make note that she created this song based solely off of her positive reaction to a screening of the movie.

Swift’s next album to be more personal than ever before >>

Must be some movie.

Just in case you’re wondering, the British movie One Chance is based on an underdog: a bullied assistant by day and promising opera singer by night that took the talent competition Britain’s Got Talent by storm and consequently audiences worldwide.

Swift’s words to Taste of Country put it best, “the story that hit me and really affected me. I wanted to tell a story musically from that perspective.” Swift not only tells the story, she paints it with vivid colors, and warms the hearts and ambition of listeners everywhere. It’s nice to see her so effortlessly positive, instead of ferociously bitter. Don’t you think?

“Sweeter than Fiction” is now available for download on iTunes.