Tim Burton and Michael Keaton may bring Beetlejuice back to life. After more than two decades, the duo is eyeing a sequel. 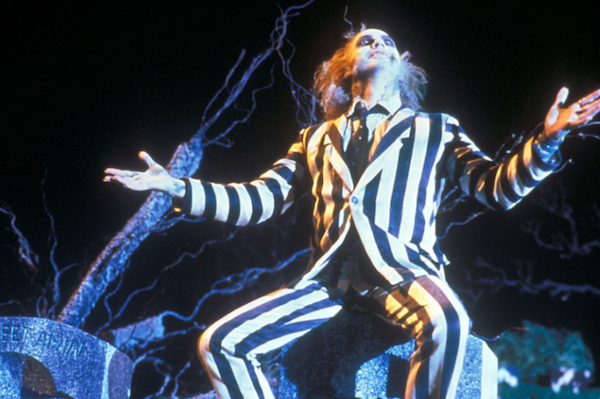 It’s hard to believe it’s been 25 years since Beetlejuice opened in theaters. Back then, Tim Burton‘s ghoulish creation was something new and exciting. The pasty-white skin, raccoon eyes and spiked hair were the character’s trademark along with that infamous striped suit.

Over the past few years, there have been rumors of a possible sequel. For the most part, it’s been just speculation, but that’s about to change. According to Variety, Beetlejuice 2 is closer to happening than ever. They’re reporting that Burton is in negotiations to direct the follow-up.

What’s a Beetlejuice movie without Beetlejuice himself? Along with Burton, Michael Keaton who played the title character is also in talks. Apparently, the actor was more than interested in reprising the role, but Burton’s involvement has been touch and go.

Seth Grahame-Smith has already written a script and will co-produce the film with David Katzenberg. Burton previously worked with Grahame-Smith on the big screen adaptation of Abraham Lincoln: Vampire Hunter.

We’d love to see what Beetlejuice’s been up to, but we can’t help but wonder about Lydia? She was a Gothic teenager played by Winona Ryder in the first film. Is she still alive or did she cross over to the other side with Adam (Alec Baldwin) and Barbara (Geena Davis)?

We’re not sure if and when Beetlejuice 2 will become a done deal. Both Burton and Keaton are very busy. The latter has three films hitting theaters next year: RoboCop, Need for Speed and Birdman.

Do you want to see more from Beetlejuice?