2013 is a year of change for the Jonas family. For Kevin and his pregnant wife, Danielle, they are moving to a new home. 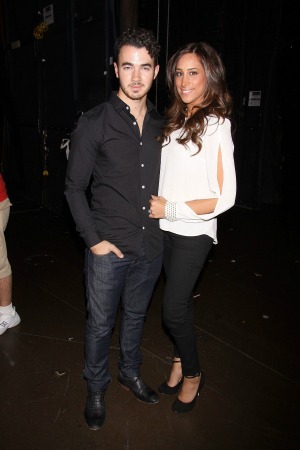 It looks like there are a lot of things changing for The Jonas Brothers, not only professionally, but personally. With the band on hold due to creative differences, Kevin and his wife Danielle Jonas are selling their Denville, New Jersey home.

According to People, the couple has put their 7,200 square foot-home on the market for $2.2 million. For fans of the family, they are familiar with the house because it has been seen on their E! reality show, Married to Jonas.

The property sports some great features to any buyer who has the cash. The five-bedroom home a has a billiards room, a home theater with stadium seating and 3-D projector and five and a half baths. It’s a true entertainer’s home complete with a 6,500-bottle wine cellar and a saltwater pool.

They originally bought the house in 2011 for $1.19 million. Their real estate agent, Amy Werner of Terrie O’Connor Realtors told The Star-Ledger that the parents-to-be are building a “bigger and better” home in Morris County, New Jersey.

Kevin and Dani are clearly focused on their growing family. They announced the pregnancy in July and revealed that they are having a baby girl.

Even with all of that happy news, Kevin is still dealing with the professional drama with his brothers. Rumors continue to fly as to the reasons behind the split, but their spokesperson confirmed that it was “a deep rift within the band.” Let’s hope the boys figure out a way to just get along.