NBC announced today that Parks and Recreation will be bumped from the schedule until Nov. 14 for The Voice and a Halloween-themed Saturday Night Live special. 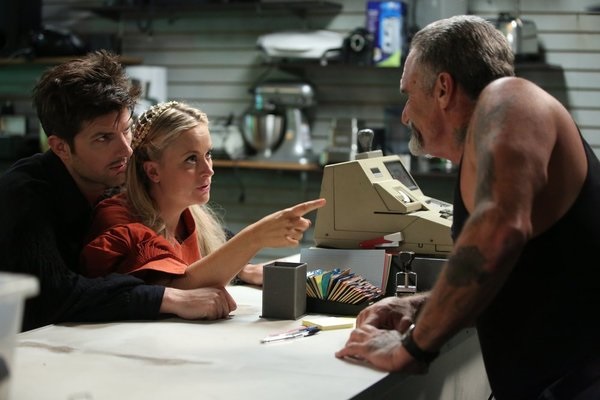 Have you heard of Christmas in July? This year on Parks and Recreation you’ll be experiencing Halloween in November. Today NBC announced they’re pulling the show for three weeks — most of which happen to be sweeps weeks — and replacing it with the following:

The good news about this hiatus appears to be on Nov. 7, because with the cancellation of Welcome to the Family it makes more sense to preempt one show than two for The Voice live results show. Otherwise, there doesn’t seem to be a lot of faith in Parks and Recreation; but all hope is not lost.

The fiery bromance of Blake Shelton and Adam Levine >>

TVLine reports that when Parks and Recreation returns on Nov. 14, there will be two weeks of back-to-back episodes before it goes on another, holiday-imposed hiatus.

The entire NBC schedule appears to be struggling. Last week, Ironside was cancelled the same day as Welcome to the Family. Fan favorite Community is now scheduled to return to Thursday nights on Jan. 2 at 8/7c, prompting a Parks and Recreation move to 8:30/7:30c.

Parenthood in crisis with low ratings and rocky marriages >>

The two-hour comedy block on Thursday nights doesn’t seem to be working, and it’s a terrible lead-in for critically acclaimed drama Parenthood. Revolution has been experiencing series lows on Tuesday nights despite a completely overhauled direction in the storytelling, but Chicago Fire is a bright spot later on the same night.

With scripted programming giving them so much trouble, NBC must have high hopes for the impending series premieres of Chicago PD and Dracula as well as the return of Grimm.

In the meantime, fans will have to await the fate of Leslie Knope’s (Amy Poehler) recall vote and be prepared to celebrate Halloween in November. That’s better than not celebrating it at all.