This November, Thor: The Dark World will be at a theater near you. To tide you over, here are three new clips from the Marvel sequel. 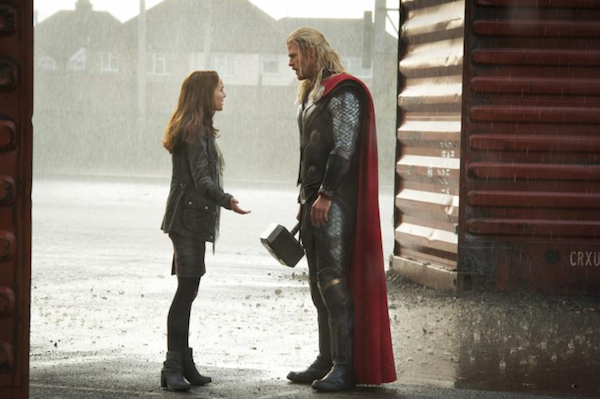 Are you ready to return to Asgard? Next month, Marvel Studios will release the highly anticipated Thor: The Dark World. It follows the god of thunder in his latest adventure in which he faces his biggest threat.

Thor (Chris Hemsworth) is at odds with an elf called Malekith. He’s a vengeful creature who’s bent on pulling the universe into darkness. Malekith’s power is like none Thor’s ever seen before. Even his father, the mighty Odin (Anthony Hopkins) is shaking in his boots.

Very few people have gotten close to Malekith, one of them being Thor’s brother Loki (Tom Hiddleston). As we all know, Thor and Loki are archenemies, but they’ll put their issues aside for a common goal. While Malekith prepares his reign of terror, Thor releases Loki from his isolated prison.

Together, the sons of Asgard form a shaky alliance. These three preview clips give us an idea of what to expect. One features Thor’s reunion with his lady love, Jane Foster (Natalie Portman), another shows Malekith awaken from a deep sleep and the last clip has Thor making a dramatic entrance on the battlefield.

“I’ve got this under control.”