Robert Pattinson’s team has reportedly told him he needs to focus more on his career instead of partying with women and boozing it up all the time. 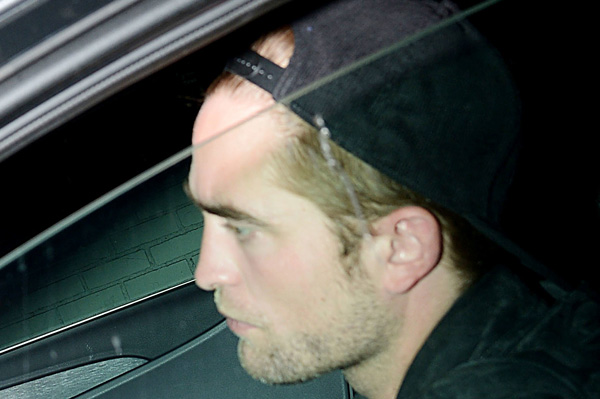 Maybe he’s celebrating his newfound freedom from ex Kristen Stewart, but Robert Pattinson was reportedly told to stop his boozing, womanizing ways and pay more attention to his career.

Pattinson’s representative honchos are worried the Twilight star may be headed for a downward spiral with his hard-partying ways and want him to straighten up.

“Rob’s team felt he needed a wake-up call [and] that now is the time to get extremely serious about his career,” an insider told RadarOnline, “even if that means quitting the womanizing and music-making that have defined his life in Los Angeles so far.”

The source added that the British hunk’s reps are very concerned he may throw his acting opportunities “down the toilet.” Pattinson has to “pick his next movie before the end of the year, and frankly, everyone is worried he’s going to screw this up.”

The source continued, saying that just like Brad Pitt did years ago with Seven, Pattinson needs to choose a serious role to get him off “the cheesecake territory” the Twilight fame has put him into.

However, with his increasingly partying ways, hanging out with lots of women and drinking excessively, the 27-year-old actor may be throwing his chances away.

Recent reports have claimed that Pattinson is seriously getting in shape by going to the gym and working with a personal trainer. His new fitness regimen is due to a new role on the upcoming film Mission: Blacklist.

Other reports claimed that Pattinson was actually dating his trainer, further confirming rumors of his womanizing ways. But this new movie role should certainly take him out of the Edward Cullen bubble that Twilight has put him in.

Maybe Pattinson can have his cake and eat it too by continuing his drunken dating sprees while landing new noteworthy roles at the same time.