Katy Perry and Niall Horan have history and the One Direction heartthrob recently took to Twitter to tell the “Roar” hit maker just what he thinks of her. 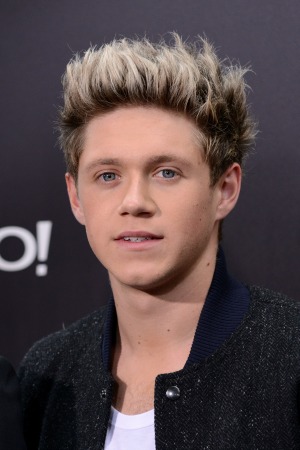 Girls, if you were hoping to bag Niall Horan as your boyfriend, we’re sorry to report that he has eyes for only one girl.

Katy Perry made her first live performance since releasing her long-awaited new album, Prism, on The X Factor Saturday night to sing her hit single “Roar.”

After her performance the show’s host, Dermot O’Leary, asked the 28-year-old beauty if she’d ever consider returning to the judging panel.

Perry replied, “Oh my goodness, I would love to give constructive criticism… I like that I let Niall through.”

The Irish hottie from One Direction obviously liked what Perry had to say, and so took to Twitter to tell the singer just what he thinks of her.

Horan jokingly wrote on Twitter, “I love you @katyperry ! Thank you! Ps . Will u marry me?”

The pair do have history; you’ll remember that One Direction rose to fame through The X Factor and Katy Perry had a big part to play in deciding that Horan should be go through to the live show.

The “Teenage Dream” hit maker’s vote as an X Factor guest judge back in 2010 ensured that the Irish heartthrob was able to progress to the Boot Camp stage of the competition.

The admiration must feel good for the brunette beauty — she’s had it tough in the love department over the last few years.

Perry recently revealed how love can be a “punch in the face,” as she confessed to the Sunday Times newspaper’s Culture magazine. “I’m not the kind of person who is always like ‘What doesn’t kill you makes you stronger.'”

“What I wanted to call this record at first was “Adult Reality” because “Teenage Dream” was so high on that cotton candy cloud, and then it’s like I got punched in the face and kicked down the stairs a couple of times. So I had to face the reality that things are not always on cloud nine.”

If things don’t work out with Perry’s current beau, John Mayer, she can always turn to the “Best Song Ever” star to make her feel loved. Or even Daniel Radcliffe , who has also admitted to having a crush on the pop singer.