Rider Strong was married over the weekend to his longtime girlfriend Alexandra Barreto. But he wasn’t the only one from Boy Meets World who was married this weekend. 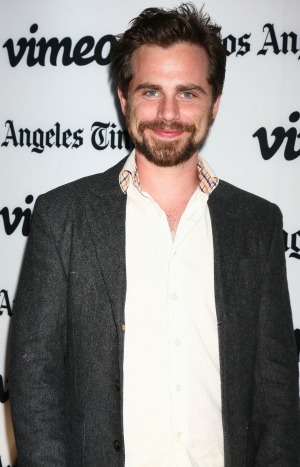 Two different stars from the 1990s show were married on the same weekend. Danielle Fishel, who played Topanga Lawrence on the show, married her longtime boyfriend Tim Belusko in Los Angeles on Saturday.

But it looks like there was a second wedding that was in the works as well. Rider Strong, who played Shawn Hunter on Boy Meets World, was married on Sunday.

“I’m incredibly lucky to be getting married to my best friend and partner-in-crime,” Strong told Entertainment Weekly. “We’re tying the knot at a summer camp in Oregon.”

Strong met his new wife Alexandra Barreto on the set of the WB series Pepper Dennis in 2006. The couple have been engaged since December 2012.

The 34-year-old actor and Barreto were expected to be married in Portland, Oregon, and Strong knew that choosing the same weekend as Fishel’s wedding for his own wedding would change his guest list.

“Bad news: Danielle Fishel’s getting married this same weekend, so I’m missing some of my Boy Meets World family (that was my fault, she chose the date first),” Rider explained to Us Weekly.

The couple celebrated their wedding in a “camp-themed” weekend where they had their guests sleep in bunks. They also brought in an ice cream truck instead of making a wedding cake.

Fishel is back shooting Girl Meets World along with many of the original Boy Meets World cast members. Strong is also rumored to be guest starring, but he hasn’t yet confirmed that he will be returning to the show he grew up on.