With technical problems galore, infighting and now a canceled show, Drake’s “Would You Like A Tour?” is off to a very rocky start. 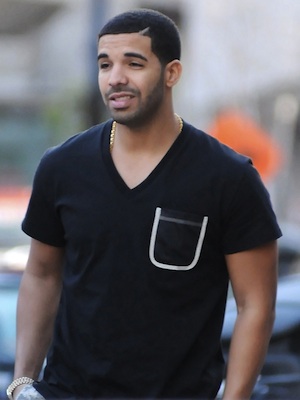 Poor Drake just can’t seem to catch a break with his “Would You Like A Tour?”

Already three weeks late “due to an intense rehearsal schedule and technical production requirements that will be part of the show,” according to the singer’s rep, the concert tour is starting on very shaky ground.

However, add in a disagreement with opening act Future and a canceled show over the weekend, and Drake would probably like a do-over for his tour.

Drake reveals whom he has and has not dated >>

Over the weekend, Drake was scheduled to play a concert at Philadelphia’s Wells Fargo Center. The doors had opened and fans were getting to their seats, but alas, they weren’t going to see Drake that night.

Tickets for the concert over the weekend will be honored at the later date.

It also turns out that opener Miguel got no advance notice that night that the show would not go on. He found out that he wasn’t going on at 8:35 p.m. local time — the same time his fans did.

So, Miguel ended up going to a local bar to do a surprise show for his fans.

Are you Drake’s ideal woman >>

This all comes after the shake-up with Drake’s other opening act, Future.

One week ago, Rolling Stone reported that Drake gave Future the boot after Future said some not-so-flattering things about Drake’s latest album, Nothing Was the Same.

Needless to say, Drake was not happy. After kicking him off the tour, Drake offered to allow Future to come back with a huge pay cut. Future declined and threatened to sue, but all seemed copacetic last Wednesday, when he tweeted he was prepping and back on the tour.

We’ll have to wait and see if there are any other staging problems and canceled shows. Drake and the gang are scheduled to perform Monday night, Oct. 21, in Montreal.

What do you think of the problems surrounding Drake’s “Would You Like A Tour?” Let us know in the comments.