People have been awaiting Kanye West’s tour for months, and it’s all that it was expected to be — and more. But Yeezus has some surprisingly religious overtones. 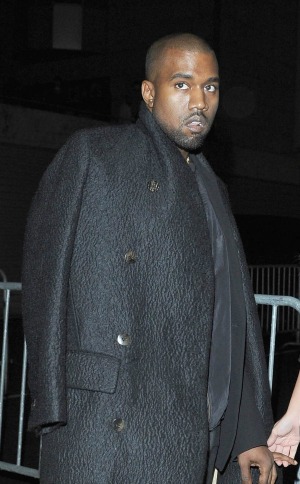 It’s a good thing Kanye West‘s fans are loyal. The rapper kicked off his Yeezus Tour on Saturday night in Seattle, but he did so hours later than expected. According to MTV, 15,000 fans waited outside the KeyArena while West made sure everything was perfect for the show. (The Hollywood Reporter reported that the delay wasn’t due to West’s prima donna nature but rather due to a stolen equipment truck.)

The opener for the tour, Kendrick Lamar, finally went onstage close to 10 p.m. After he finished, fans waited another hour before West finally went onstage. But he was apparently worth the wait. The set featured a 60-foot-tall white mountain, and West even invited a very special friend onstage during the show: Jesus Christ himself (to be clear, it was actually a look-alike). It seemed to be an attempt by Kanye to show a rare moment of humility. West was also joined throughout the show by 12 women dressed in white.

Throughout the show, West went through many costume changes, including gold, black and white masks, adding to the apparently religious theme of the whole show.

“White Jesus, is that you?” Kanye asked before leading into his 2004 song “Jesus Walks.” As Jesus descended the mountain, West performed his song “On Sight,” and the line “You give us what we need/ It may not be what we want” played repeatedly in the background, according to Rolling Stone.

West (and his 12 women disciples) then bowed to Jesus.

The show was all that was expected, and other than the late start, it doesn’t seem like people had many things to complain about.

Before the show even started, West showed that Jesus isn’t the only one he worships. He was spotted out in Seattle on Saturday before the show with a T-shirt featuring a very naked baby mama Kim Kardashian.

West has canceled his concert tonight (Oct. 20) in Vancouver, but he has rescheduled it for Halloween Night. The nationwide tour will continue through December.