After a booty-licious Twitter announcement, Lady Gaga releases the new track “Do What U Want” featuring R&B mainstay R. Kelly. 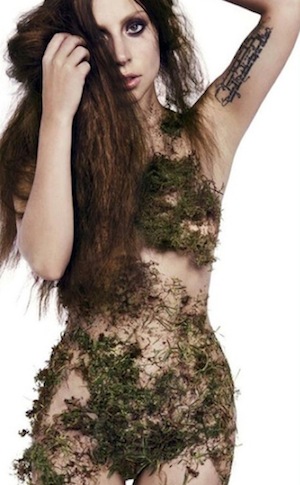 It’s kind of an unlikely pairing, but I’m not sure anything Lady Gaga does is exactly expected anymore.

For the next single she’s releasing off of her upcoming album ARTPOP, she’s teamed up with R&B mainstay R. Kelly.

But maybe the pairing isn’t as strange as one would think.

Lady Gaga will do literally anything just to get your applause >>

I think that we could say the same for Gaga, who announced the song’s release in a very public and Kardashian sort of way via her Twitter feed.

All butts aside, the song is a great mix of Lady Gaga’s dance pop with R. Kelly’s smooth R&B. It almost makes you wonder how you could have ever questioned the pairing. And while the lyrics are a bit weak (there are only so many times you can stand Gaga singing “do what you want to my body” over and over in a song before it gets mundane), “Do What U Want” is a perfect addition to the album.

“Do What U Want,” which was released today in the U.S., Canada and Mexico and will be released in the rest of the world tomorrow, is only the second official song off of ARTPOP, and it’s not her next official single.

Gaga’s next official single off of ARTPOP will be “Venus,” which she’s releasing on Oct. 27.

Watch out Adam Levine. Twitter-insulting the Momma Monster will get you nowhere >>

By the way, if “Do What U Want” sounds a bit familiar, that’s because it’s been used for a week or so in a Best Buy/Beats by Dre commercial.

Initially slated for Nov. 11, Kelly just postponed his upcoming album Black Panties until Dec. 10 due to some “last-minute tweaks in the mastering process,” according to Rolling Stone.

ARTPOP is due out Nov. 11, and judging from Gaga’s Twitter feed, there will be no delays. You can buy both “Applause” and “Do What U Want” right now on iTunes.

Lady Gaga got a very un-ladylike “prison tattoo” in Brazil >>

Listen to Gaga and R. Kelly’s “Do What U Want” and let us know what you think in the comments.