After tons of speculating (and wishing), fans of Once Upon a Time are finally going to get what they’ve always wanted: an Emma-and-Hook hookup. 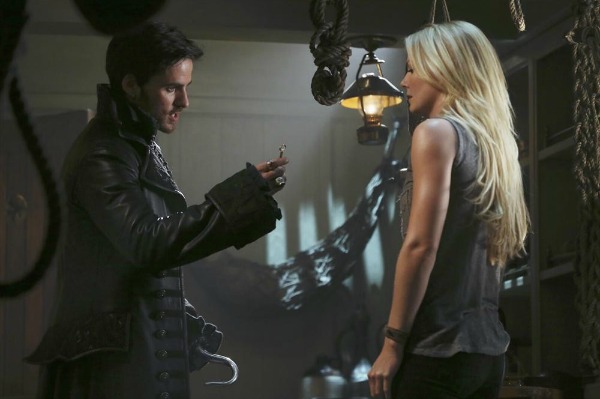 Did you hear that? That was the sound of millions of Once Upon a Time fans squealing with joy. The celebration arose from finding out that the show’s most-shipped couple was finally going to share a romantic moment.

Ginnifer Goodwin and Josh Dallas are getting married! >>

Along with the rest of fandom, Morrison wasn’t really surprised by the kiss in the show’s Oct. 27 episode, which will be very Hook-centric.

“I kind of knew at some point it was coming,” Morrison told EW. “I knew from all the way back, when they brought both Michael Raymond-James and Colin O’Donoghue on, that it was always the intention to create some sort of love triangle with the two of them and Emma having a very legitimate pull between those two men.”

“So I kind of was anticipating something coming — I just wasn’t sure what and I wasn’t sure how,” Morrison continued. “So I definitely thought that it was an excellent moment for them to have an unexpected kiss.”

O’Donoghue agreed that he knew it was coming as well.

“I think there was always something there between the characters. So it’s definitely something that was in the background, and I’m sure it’s something some of the fans have wanted to see since my first episode.”

While many fans are excited for the Emma “Hookup,” others might be crying foul on behalf of her other love. Poor Neal fought his way to Neverland in a quest to save his son and get back to the woman he loves. What will happen when he finds out that Hook has been locking lips with the mother of his child? Only time will tell which two out of the love triangle will end up with a happy ending.

What do you think of the news about an Emma-and-Hook kiss?