Once on top of the world as the lead singer of the rock band Creed, Scott Stapp has taken a break from the band to release his second solo album, Proof of Life. 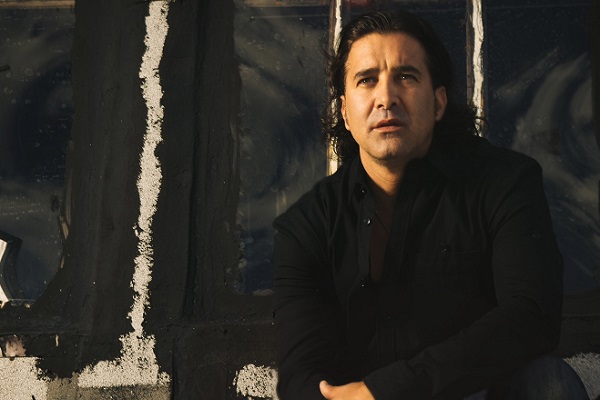 It’s been eight years since Creed frontman Scott Stapp released his debut solo album, The Great Divide. Now, after that long gap, Stapp is due to release his follow-up album, Proof of Life, on Nov. 5.

The title seems fitting, as Stapp had a pretty eventful life in the years between albums. In that span, Stapp was married, lived through a sex tape scandal, got arrested twice — once for public intoxication on his wedding night and again for domestic violence (a charge that was later dropped) — and became a father.

What do Sofia Vergara and Scott Stapp have in common? >>

Stapp originally started working on a follow-up album in 2006, but, as he told Billboard, “My life began to be filled with so much chaos that nothing really survived.”

Stapp explained, “I think there were some themes on [Proof of Life] that were beginning to be born as far back as 2006 and 2007, but I don’t think I could honestly talk about them or honestly create songs from them because I hadn’t fully understood or lived it. I think the album has perfect synergy for where I am in my life today.”

The first single off the album, “Slow Suicide,” begins with wailing electric guitars as Scott’s voice comes in singing:

“I’m not evil,
No matter what you think of me,
I’m just human,
There’s a part of you that’s just like me.”

This album seems like one of confession — an acknowledgment of the past with an eye to the future. But if “Slow Suicide” represents the past, then his new song, “New Day Coming,” represents where he is right now.

Said Stapp, “I really think that this album signifies the end of a season in my life and the beginning of a new one, and I’m very excited about the next season and very glad the other one is behind me.”

Stapp is expected to tour next year. Proof of Life is available for preorder now on iTunes.

Check out the Rock and Roll Hall of Fame nominees >>

Take a listen to “New Day Coming” and let us know what you think in the comments below.