Just when we were getting used to calling Snoop Dogg by a different name, he goes and changes his name again. Get ready for Snoopzilla! 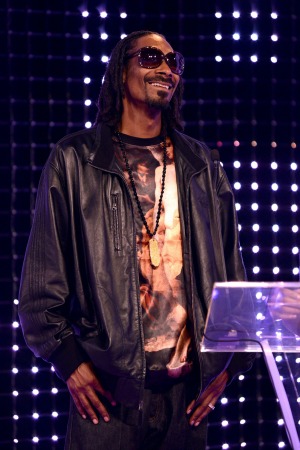 With a new album comes a new name. Snoop Lion is changing his name again. Just call him Snoopzilla.

The rapper has a new album, 7 Days of Funk, coming out on Dec. 10. He felt like he needed a fresh moniker to fit the new funk sound that he recorded with Dâm-Funk.

In a statement on Friday, the musician talked about his new creative direction, saying, “We’re the babies of the Mothership. I’ve had funk influences in my music my whole career. Dâm-Funk is cold. He’s keeping the funk alive and I knew I had to get down with him.”

Dâm-Funk is an artist who has changed his name many times, too. He has also been known as D-F, as Gemini Twin II and by his birth name, Damon G. Riddick. It sounds like the duo are quite the perfect pair.

In the press release, Dâm-Funk shared his enthusiasm for their collaboration.

He said, “Snoop knew what I was thinking without me having to articulate it. That’s how you know when you gel artistically with someone. These beats were made for him and he laid down some of the smoothest harmonies and melodies I’ve ever heard. It’s hip-hop, but you can also hear what we grew up on, from Zapp to Evelyn ‘Champagne’ King and Patrice Rushen.”

Of course, Snoopzilla and Dâm-Funk are just two of many musicians who’ve changed names. Sean Combs has fluctuated between Puff Daddy, Diddy and P. Diddy, while Prince at one time became an unpronounceable symbol and was thus known in the press as “the artist formerly known as Prince.”

Fans seem to go with the flow since it’s just a quirk of the entertainment industry. And whatever you want to call him — Snoop Dogg, Snoop Lion or Snoopzilla — his mom will always know him as Calvin Cordozar Broadus Jr.