Maksim Chmerkovskiy has finally addressed his relationship with Kate Upton after long speculation about the pair. 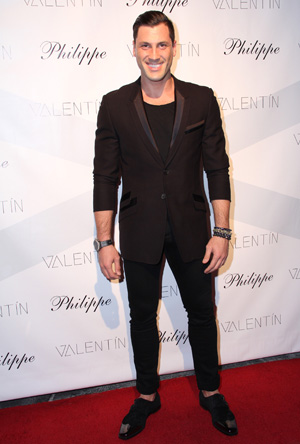 After the DWTS pro and the Sports Illustrated supermodel were spotted holding hands back in September, the pair would not admit that they were dating. But now Chmerkovskiy has once and for all opened up about his new romance with Upton.

While at brother Valentin Chmerkovskiy’s launch of his new fashion line Valentin Clothing on Thursday, the elder Chmerkovskiy addressed his budding relationship with the famous swimsuit model, saying she’s amazing.

“We have an incredible time together, and, you know, I definitely didn’t see that coming and I think neither did she,” Chmerkovskiy told Us Weekly. “We enjoy each other’s company very much and like I said, she’s a great girl that I never thought anything romantic like this could have happened.”

“Acts of chivalry don’t necessarily translate into romance,” he added. “But… ah, Kate and I are very cool.”

Chmerkovskiy also addressed his involvement with the USO Dance for the Troops project, which helps raise money for the troops and their families.

“We’re focusing on the holiday time period because of Veteran’s Day and so many troops and their families are separated during the holidays,” Chmerkovskiy said. “So, the opportunity to get pictures of people hosting their dance parties, and being able to show those to the troops means the world to them.”

The Ukrainian-born 33-year-old also addressed his leaving Dancing With the Stars and whether he’ll ever go back to the show.

“I never walked away, slammed the door… and said, ‘I’m never coming back.'” said Chmerkovskiy. “I think eight years of doing something — the type of person I am, I am not gonna be there until they tell us the show is off air and we’re done with it, or until I feel like I can’t dance anymore.”