Gwyneth Paltrow’s friendship with billionaire Jeff Soffer may be what Vanity Fair magazine is investigating in an article the famous actress does not want published. 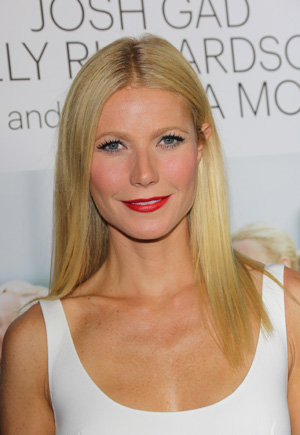 Back in June reports claimed that Gwyneth Paltrow told friends not to talk to Vanity Fair or give quotes for an article the magazine will publish about the actress. Now, sources are claiming that the reason Paltrow is so afraid of said article is because it may dig deep into the type of friendship she had with billionaire Jeff Soffer.

Sources in the know are telling the New York Post‘s Page Six that Vanity Fair may have been looking into Gwyneth’s relationship with the uber-developer from Miami.

“Vanity Fair is asking if Gwyneth had an affair with Jeff back in 2008 when he reopened the Fontainebleau,” the Page Six source said. “He flew her in for the party, and she stayed at his house.”

The source claims that researchers on the coveted story — which is being written by Vanity Fair top writer, Vanessa Grigoriadis — have been asking Miami society sources about Paltrow and Soffer to find out how deep their relationship goes.

Soffer is akin to royalty in South Florida and recently married Elle Macpherson. His friendship with Paltrow is no secret, but cheating rumors were fueled by the pair at the reopening of the lavish hotel. During a Victoria’s Secret party there, Paltrow “remained closed off in a private section with Soffer,” the Post had reported at the time.

Gwyneth won’t stop talking about her hair down there >>

During the same time, the Post also reported that Paltrow and her husband, rocker Chris Martin, were having problems. The Coldplay front man and the A-lister got married back in 2003 and remain together to this day; they also have two children, Moses and Apple.

But when Paltrow reportedly got a private tour of the Fontainebleau and then left with Soffer in his Bentley, followed by a posh yacht ride the following day, the actress’ rep said, “Jeff Soffer is a friend of Gwyneth,” nothing more.

Neither her rep nor Soffer’s has gotten back to Page Six for comment on Vanity Fair‘s upcoming article as of yet.